Rahul, earlier in the day, was denied permission to visit Saharanpur, where a caste conflict had erupted. 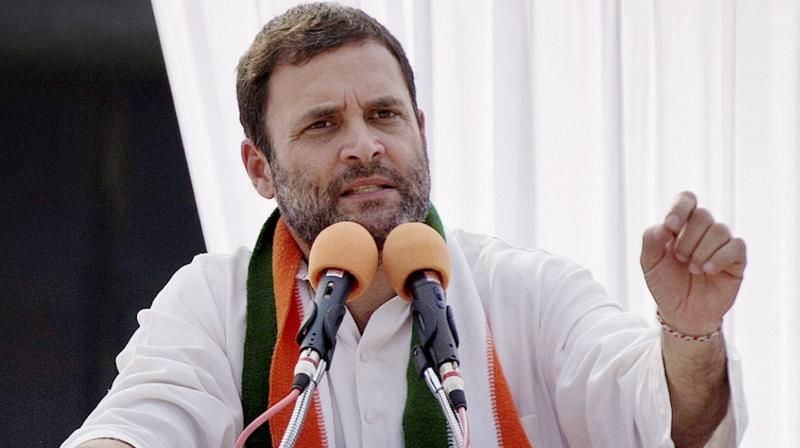 New Delhi: After being denied permission to visit riot-hit Saharanpur, the Congress vice-president Rahul Gandhi vented his ire on the Centre while saying that latter is adopting the policy of 'divide and distract' as they have failed to deliver their promises.

"When they fail to deliver they divide & distract. But anger and hatred will not convert into jobs or solutions," Rahul said in a tweet.

When they fail to deliver they divide & distract. But anger and hatred will not convert into jobs or solutions

Rahul, earlier in the day, was denied permission to visit Saharanpur, where a caste conflict had erupted in which many Dalits were allegedly targeted.

The confirmation of this development was given by Additional Director General of Police Law and Order Aditya Mishra said.

Gandhi was supposed visit Saharanpur to take stock of the prevailing situation.

Clashes occurred on Tuesday after Bahujan Samajwadi Party (BSP) supremo Mayawati's visit to Saharanpur, where one person was killed and several others were injured.

The State Government also announced to give compensation of Rs. 15 lakh to relatives of the person, who was killed during this incident.

In the wake of clashes between two communities in Saharanpur, the Yogi Adityanath Government on Thursday transferred 174 Sub-Divisional Magistrates.

The Ministry of Home Affairs (MHA) also asked the Uttar Pradesh Government to submit report on the recent worrisome clashes in Saharanpur.