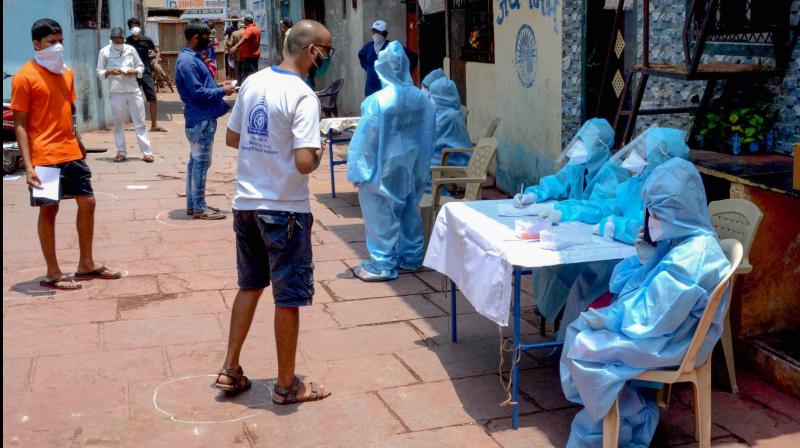 Guwahati: In what is said to be the fall out of exodus of thousands of people from different states, Nagaland, which was almost free from coronavirus, reported three positive cases while neighbouring state of Assam on Monday recorded a spike of 115 positive cases in past 24 hours, taking the state’s tally of positive cases to 466.

It is significant that almost all the positive cases are of those who are migrating to the state from their respective workplaces to the state. Assam health minister in a social media post said, “It is clarified that all swabs are collected from people soon after they arrive from outstation. Subsequently they are transferred to the quarantine centres. Therefore most of the positive cases in Assam are imported and not home-grown.”

He went on saying, “In a strong testimony to excellent team work and our steely resolve to do the best in a crisis like COVID19, I am humbled to share that Assam has carried out 55862 tests so far. This is higher than Kerala's (52771), a state known for its healthcare excellence.”

Assam has conducted higher number of tests despite having lesser number of positive cases than Kerala. Also, against seven labs (all government) in Assam, there are 22 labs (15 government and seven private) in Kerala.

He also clarified, “I do not want to compete, but I feel proud. Our health infrastructure is very new and Kerala’s is well known since Independence. Even for a day we have surpassed Kerala.”

Informing that more than 60000 people have already returned back to the state, the minister said, “Fortunately, 90 per cent of the 466 Covid-19 patients in the state have been reported from the quarantine centres across the state’s 33 districts. Of the 466 positive cases, 402 are active cases and 57 discharged from the hospital and four died and three migrated to other states.

Meanwhile, Nagaland Principal Secretary (Health and Family Welfare) Menukhol John said in Kohima that three persons, including a woman, who returned from Chennai on Friday, after they tested positive for the novel coronavirus, are undergoing treatment at the District Hospital Dimapur and Chedema COVID-19 Hospital in Kohima.

Officially, Nagaland is the last of the eight Northeastern states after Sikkim to report COVID-19 positive cases. However, a 33-year-old trader based in Dimapur, an important commercial town in Nagaland, had tested positive in the Gauhati Medical College and Hospital on April 12 after the man shifted from a private hospital in Dimapur to Guwahati. The patient recovered from the disease early this month. (EOM)