India   All India  26 May 2020  Vizag, Vijayawada airports open for flights even as Andhra Pradesh remains cautious
India, All India 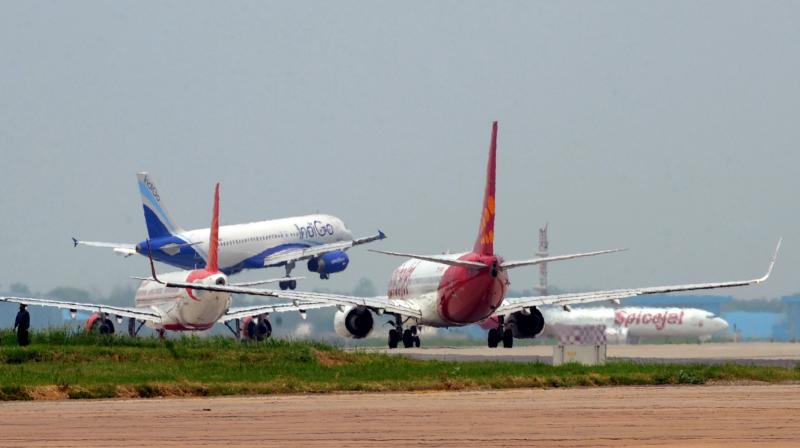 New Delhi: A day after the restart of air travel across India, domestic flight operations resumed in Andhra Pradesh on Tuesday amid the state's reluctance due to rising number of COVID-19 cases.

On Sunday, the central government had announced that Andhra Pradesh and West Bengal will not handle any domestic flights while airports in Mumbai, Chennai and Hyderabad will see reduced operations.

"At Vijayawada, four flights are of IndiGo, two each are of SpiceJet and Air India," they added.

The Visakhapatnam airport is scheduled to handle eight flights on Wednesday, the officials mentioned.

Both Vijayawada and Vizag airports will handle 20 per cent of their pre-lockdown flights, they said.

Domestic passenger flights in West Bengal will resume on Thursday.

After a two-month suspension due to the coronavirus pandemic, domestic flights resumed in India on Monday with 532 flights carrying 39,231 passengers to their destinations. Around 630 flights were cancelled.

Thousands of passengers reached airports early in the morning on Monday only to be told by the staff of airlines that some of their flights have been cancelled causing hardship to them. Many people also took to social media to vent their anger.

Gripped by anxiety and uncertainty, some came from faraway towns and were on the road for several hours wanting to catch the first flight to their respective states.

The airlines, which were allowed to operate one-third of their pre-lockdown domestic services from May 25, had to further truncate their flight schedules on Sunday leading to the cancellations. All carriers except GoAir operated their flights on Monday.