India   All India  26 Jun 2017  Opposition for all-out assault on govt over agrarian crisis
India, All India

Opposition for all-out assault on govt over agrarian crisis

Congress reaches out to parties to corner govt in Monsoon Session. 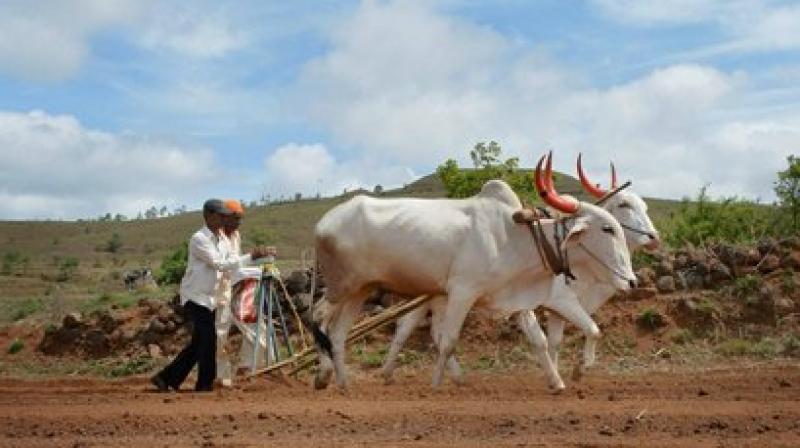 The situation of farmers in Madhya Pradesh, Rajasthan, Maharashtra and Gujarat has given the Opposition ample ammunition to attack the government. (Representational image)

Congress vice-president Rahul Gandhi had unsuccessfully tried to visit Mandsaur in Madhya Pradesh where several protesting farmers were shot dead by the police. In the last two weeks, the Congress has organised statewide protests and rallies in Madhya Pradesh and Rajasthan to highlight the plight of farmers. The party has also brought on board several farmers’ organisations which have been agitating for long in these states.

Former Haryana chief minister Bhupinder Singh Hooda organised a farmers’ meet in New Delhi where farmers from Haryana and other neighbouring states attended. The common demands across all states include the waiver of loans, easy procurement of food grains and MSP plus 50 per cent rate to be given to farmers as promised in the BJP manifesto.

The Congress is also reaching out to other Opposition parties so that pressure can be built on the government. A senior Congress leader, speaking to this newspaper, said, “We are in touch with several Opposition parties, and as the session approaches, we hope to have the entire Opposition taking on the government on the agrarian crisis. It will be like it was in the previous sessions of Parliament.” The party plans to organise a mega farmer rally in the national capital just before the start of the Monsoon Session. However, it is yet to take a call on whether or not to invite the entire Opposition for the proposed gathering.

Apart from farmers’ issues, the Congress is keen to include dalit and tribal issues in the upcoming session. The incidents in Uttar Pradesh against dalits, and issues of tribal rights are also expected to find a mention. Former tribal affairs minister and senior Congress leader V. Kishor Chandra Deo, who has been appointed as the chief of the Congress adivasi cell, is preparing the issues concerning the tribals. While K. Raju the SC department chief of Congress has been tasked of preparing issues concerning dalits.