Service planned to be extended to another 4,791 stations within this year. 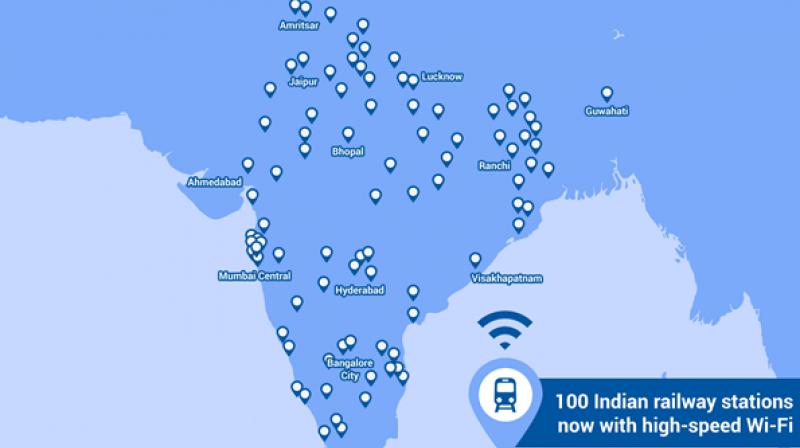 In May 2019, the total user logins were 2.35 crore in 1,600 stations across India. The total unique users for the Wi-Fi were 1.19 crore, consuming 8,781.30 TB data. It was also noticed that stations in Tier 1 cities like Kolkata, Delhi and Mumbai register a greater number of user logins and data consumption than their Tier 2 counterparts. Howrah station alone saw 4.9 lakh user logins in one month.

“The numbers speak volume about the fact that de-spite of having easy access to mobile Internet, public Wi-Fi is still a preferred choice of the rail users while at railway stations,” said Puneet Chawla, CMD of RailTel, a public sector undertaking.

“Usage statistics show significant pent up demand for connectivity amongst train commuters in stations covered by the Wi-Fi project. With unconstrained, free high-speed Wi-Fi connectivity, an average user consumes 343 MB in an average 30-minute data session. This is much higher than what we observe on an average 3G connection in the country, which currently consumes around 30MB per user per day,” Mr Chawla added.

RailTel has provided high speed Wi-Fi at 1,606 stations and now its Wi-Fi service is planned to be extended to another 4,791 stations within this year, This will enable every stations of the railways (except the halt stations) to have a Wi-Fi hotspot.