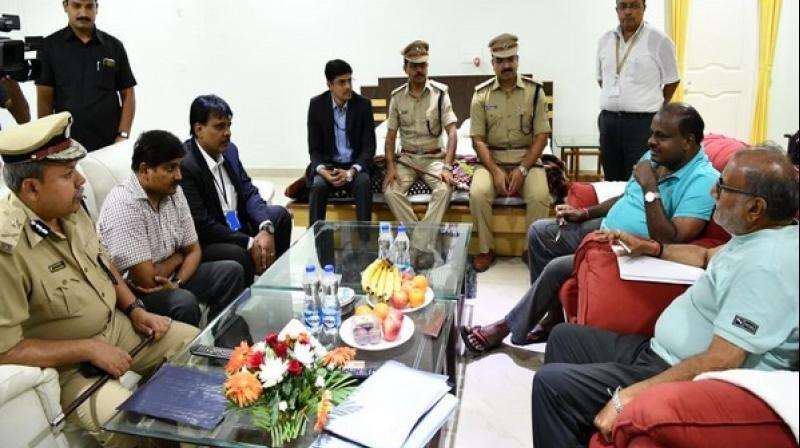 Raichur: Karnataka Chief Minister HD Kumaraswamy on Wednesday held a meeting with officials before his 'village stay programme' in Raichur.

The agenda is an extension of the "Grama Vastavya" programme, first started in Kumaraswamy's regime as the state's chief minister from 2006-2007 with BJP's B.S. Yeddyurappa as his Deputy Chief Minister.

After his party, Janata Dal (Secular), faced a severe drubbing in the recently concluded Lok Sabha elections, the programme focuses on strengthening the party's relations with the locals and noting the plight of the common man.

Kumaraswamy said the village stay scheme will pave the party's way to an enhanced political standing.

The Chief Minister also met his party leaders, along with Siddaramaiah to lay out an action plan for the smooth functioning of the presently ruling Congress-JD(S) government in the state.

The landslide victory of BJP in the 2019 Lok Sabha elections with 25 of the 28 seats is believed to be a cause for the re-establishment of the programme. JDS won only one seat in the elections.

In Raichur, Kumaraswamy will inaugurate as many as 36 developmental projects.