Qadri’s family and also Kashmir’s media fraternity were surprised at the police’s assertion. 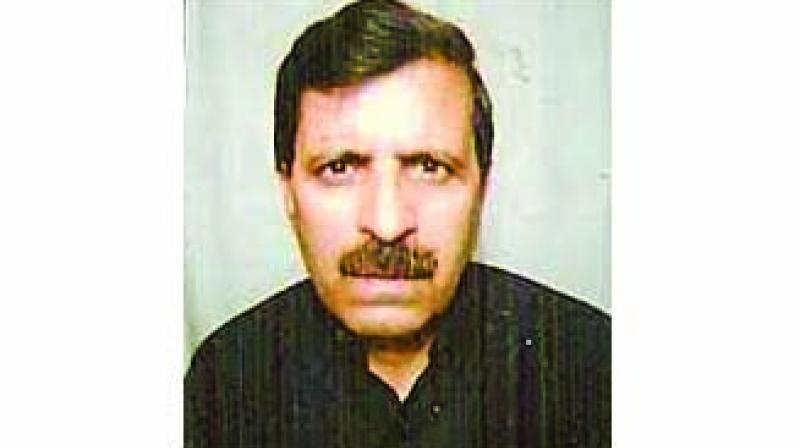 SRINAGAR: In what has been termed as a shocking and senseless act by the local media fraternity, the police on Monday night arrested the editor of a Srinagar newspaper while executing a warrant issued by a court nearly three decades ago. He was, however, released on bail by Srinagar’s chief judicial magistrate (CJM) on Tuesday.

The police raided the residence of Ghulam Jeelani Qadri, editor of Urdu daily ‘Afaaq’, shortly before midnight, allegedly harassed the family members and then took him away.

“He had just returned home after finishing (Wednesday’s) edition of his newspaper. He was not allowed to have his dinner and, being a hypertensive patient, not even to take necessary medicines with him,” said a family member.

Mr Qadri’s family and also Kashmir’s media fraternity were surprised at the police’s assertion that the arrest warrant issued against him by a court in 1993 could not be executive earlier because he has been a ‘proclaimed absconder’. A local newspaper quoted senior superintendent of police, Srinagar, Haseeb Mughal, as saying, “He was arrested in a very old case. TADA court had issued a warrant against him but he didn’t cooperate”.

Various organisations of media persons, while rejecting the police claim said that 62-year-old Mr Qadri has been in public life for more than 35 years and he has been attending events and press conferences including those addressed by the police officials all these years. “The case a little curious also as the same police station verified and attested the antecedents of the editor for issuance of the passport twice in last 30 years,” Kashmir Editors’ Guild (KEG) said in a statement here.