The protest led to traffic congestion in several parts of the country on Tuesday. 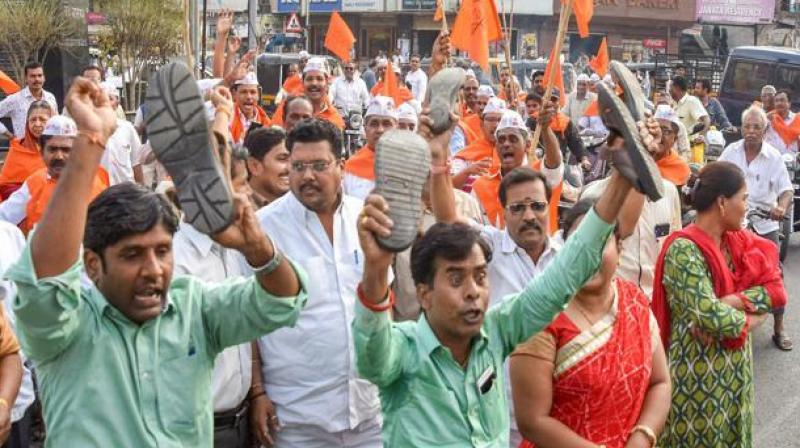 Members of the community came from far away places to participate in the protest. (Photo: Representational | PTI)

Bengaluru: The city was brought to a standstill as the members of the Valmiki community took the streets of Bengaluru to stage protest demanding 7.5 per cent reservation for the community in the state.

The protest led to traffic congestion in several parts of the country on Tuesday.

The agitated crowd then marched to converge at Freedom Park.
"The reservation set aside for our community is 7.5 per cent as per central government rules but it is only 3 per cent as per state government rules. We are here to demand that the state government should give 7.5 per cent reservation as well. We are a numerically strong community and make up the bulk of the Scheduled Tribes living in Karnataka," Narasimha Murthy, a 44-year-old protester told News Minute.

Members of the community came from far away places to participate in the protest.

"We began from Rajanahalli on June 9. We decided to hold the padayatra because the reservation for our community is not enough. There are many 30-35-year-olds who are struggling to get jobs. The reservation should be decided based on population," Manjunath Kandigal from Davanagere told News Minute.

The protest resulted in five-hour long logjam in Vidhana Soudha and its neighbourhood.

State power minister DK Shivakumar too got stuck in the jam and decided to take a metro instead. Surprising the commuters there, many clicked selfies with the minister.

BJP MLA B Sriramulu, considered one of the tallest leaders of the Valmiki community also expressed his support to the protesters.