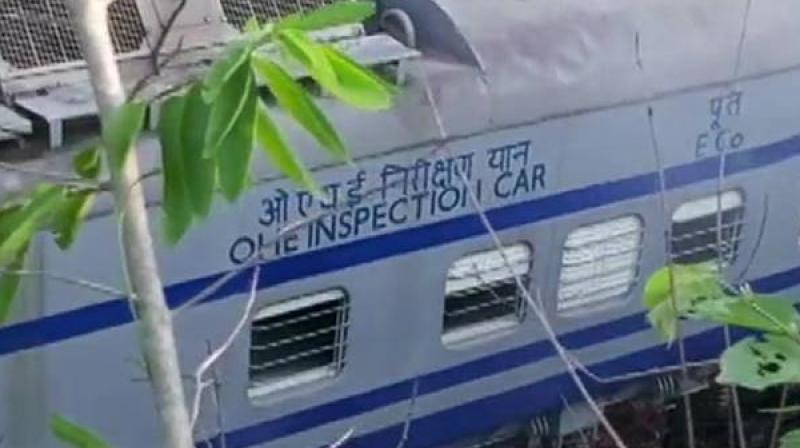 A tower car is a self-propelled rail vehicle used for preventive as well as break down maintenance of overhead electrical equipment of railway tracks. (Photo: ANI)

Odisha: Three persons died after a passenger train hit a tower car and got derailed on Tuesday. The East Coast Railways (ECoR) has ordered an inquiry into the incident.

A tower car is a self-propelled rail vehicle used for preventive as well as break down maintenance of overhead electrical equipment of railway tracks.

Around 4.30 pm, Howrah-Jagdalpur Samaleswari Express got derailed between Singapur Road and Keutguda after hitting the tower car.

The train’s engine caught fire post impact. The engine, front guard-cum-luggage van and one general second class coach derailed. Passengers were unhurt as the rake was detached from the rest of the train.

Senior railway officers from Vishakapatnam first responded to the crisis, as ambulances and fire services were pressed into service. Subsequently, the train was sent back to Rayagada after an engine was attached to the rear compartment.

Mishra added that the railway authorities are taking the matter “most seriously”. The inquiry will be conducted under Commissioner of Railway Safety, Kolkata.