US trying to bring us to our knees, won't surrender: Kim Jong UN 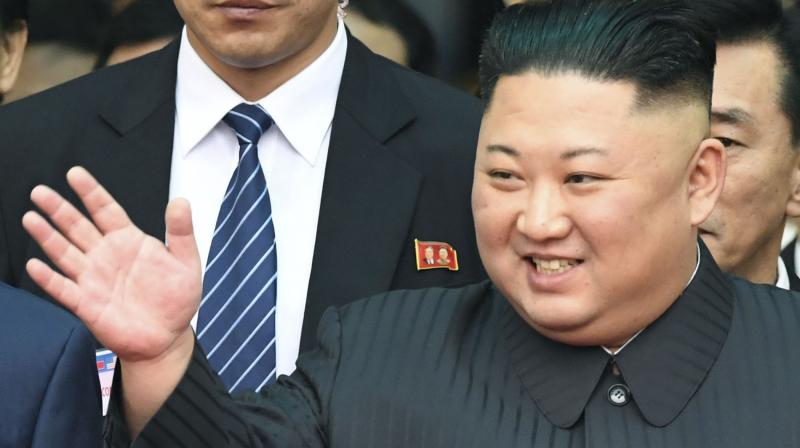 The North's Foreign Ministry said it will not hesitate to pull a muscle-flexing trigger in order to defend themselves if anyone dares to trample over its sovereignty. (Photo: File)

Seoul: North Korea said Wednesday it won't surrender to U.S.-led sanctions and accused Washington of trying to "bring us to our knees."

The statement is yet another reminder that North Korea keeps mistrust of the U.S. though its leader Kim Jong Un and President Donald Trump recently exchanged letters.

Their second summit in Hanoi in February ended without any agreement due to disputes over the extent of sanctions relief North Korea should win in return for a limited denuclearization step.

The North's Foreign Ministry said it "will not hesitate to pull a muscle-flexing trigger in order to defend ourselves" if anyone dares to trample over its sovereignty.

It accused the U.S. of maintaining hostility toward North Korea. It cited recent U.S. reports on alleged human trafficking and religious crackdowns in North Korea, and comments by Secretary of State Mike Pompeo that some 80-plus percent of the North Korean economy is sanctioned.

Pompeo "let loose a sophistry as if the sanctions are rendering the bilateral talks possible," said the statement, carried by the official Korean Central News Agency.

The statement said all these developments show the "wild dream of the U.S. to bring us to our knees by means of sanctions and pressure has not changed at all but grows even more undisguised."

It said North Korea is "not a country that will surrender to the U.S. sanctions."

The letter exchanges between Kim and Trump suggested the two leaders hoped to keep diplomacy alive, though there have been no publicly known official meetings between the two countries since the collapse of the Hanoi summit.

Trump is scheduled to arrive for a two-day visit to South Korea on Saturday.