Another official said that second summons, asking ex-BJP MLA to appear before Sarthana police in Surat, had been sent to his residence. 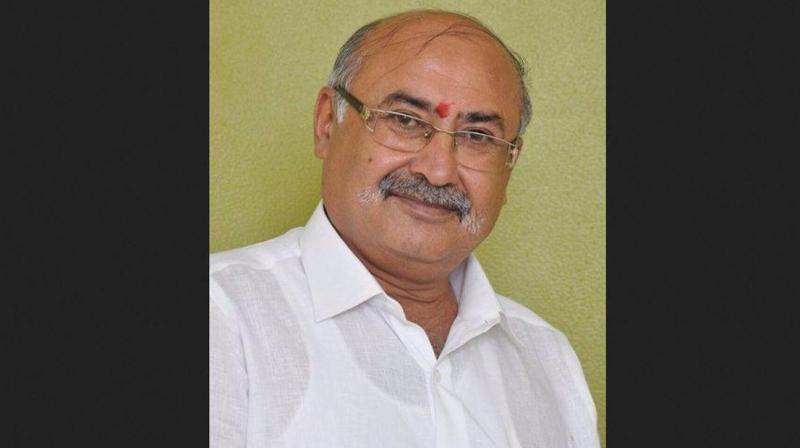 Bhanushali, who was the BJP MLA from Abdasa Assembly seat between 2007 and 2012, had tendered his resignation as state BJP vice-president in the wake of the rape allegations. (Photo: Facebook)

Ahmedabad: A second summons was on Thursday issued against former BJP MLA Jayanti Bhanushali in connection with a rape case filed against him by a 21-year-old woman, police said.

Surat Police Commissioner Satish Sharma said that the second summons was issued on Thursday after Bhanushali (53) failed to respond to the first one issued on July 23 under section 160 of the CrPC.

"We are trying to locate him. Investigation into the case is on," Sharma said.

Another official said that the second summons, asking the former BJP MLA to appear before Sarthana police in Surat, had been sent to his residence in Ahmedabad. He informed that police needed to record Bhanushali's statement and also subject him to a medical examination as part of the investigations into the rape case.

Sharma said that a new Investigating Officer would soon be appointed for the case since the current IO, Zone IV deputy commissioner of police Leena Patil, had been transferred to Panchmahal as its Superintendent of Police.

On July 19, an FIR was lodged against Bhanushali for allegedly raping a 21-year-old woman on the pretext of securing admission for her in a reputed fashion designing college. In her complaint, the victim had alleged that Bhanushali raped her on several occasions between November 2017 and March 2018.

Read: Ex-BJP MLA forced me to sign documents, says woman who accused him of rape

Bhanushali, who was the BJP MLA from Abdasa Assembly seat between 2007 and 2012, had tendered his resignation as state BJP vice-president in the wake of the rape allegations.