India   All India  26 Jul 2020  BSF hands over 4 Bangla fishermen to BGB in a mid-river flag meet
India, All India 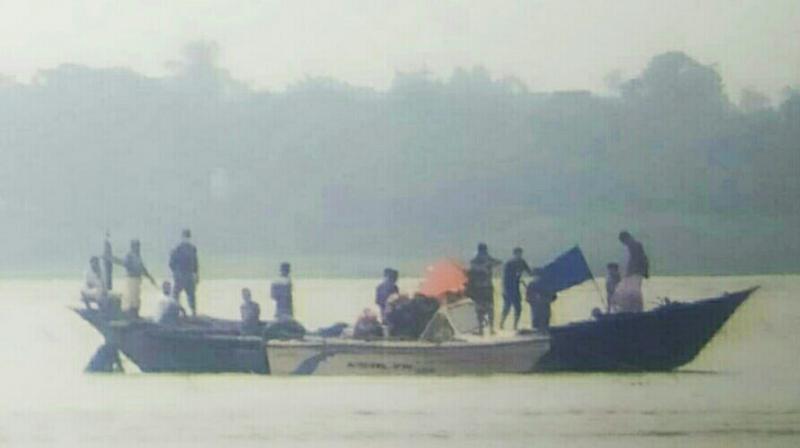 At a flag meeting held between the two forces in the middle of river: Ganga, the BSF 35th battalion company commander at the Border Out Post Madan Ghat handed over them alongwith their two engine fitted boats and other paraphernalia at around 5 pm on Friday to BGB first battalion company commander of BOP- Sonaikundi at Rajshahi, said BSF (South Bengal Frontier) Deputy Inspector General SS Guleria.

He informed that at around 8.25 am on Friday the four in the two boats were seen fishing in the river around 600 meters inside the Indian territory by a BSF patrolling boat. The four fishermen, who entered illegally, tried to escape but the BSF speed boat chased and intercepted them within 500 meters of the Indian territory.

They were brought to the bank of the river and were questioned. The BSF however found them not involved in any other trans-border crime except violating the international boundary. Mr Guleria said, "Keeping in view the existing bonhomie and good relations between both border guarding forces, a decision was taken to return the four fishermen to the BGB."