Ram Rahim Singh was moved to a prison in Haryana's Rohtak after he was found guilty of raping two women followers in 2002. 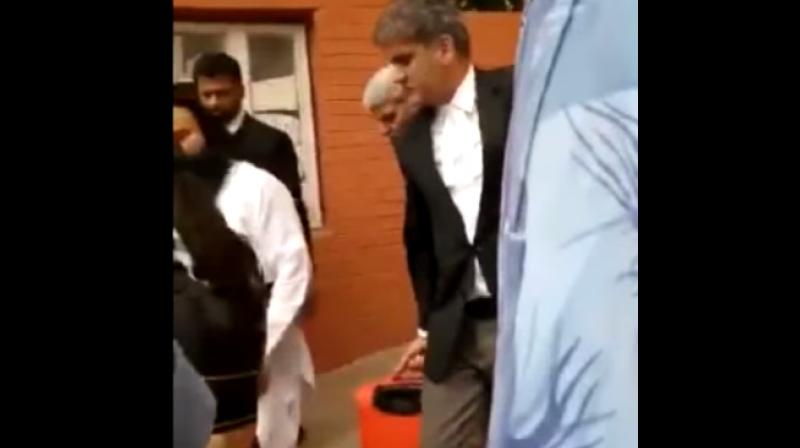 The state government terminated the services of DAG Gurdas Salwara on the recommendations of Haryana Advocate General Baldev Raj Mahajan.

"It is found that yesterday the DAG accompanied the baba," Mahajan said.

He said the DAG was a government servant and was not allowed to practice such things.

"The DAG has relations with the Dera," he claimed.

The action from the AG office came in the wake of a video clip purportedly showing the DAG in lawyers robes carrying a suitcase of the Dera head after his conviction by a CBI court in Panchkula yesterday.

Ram Rahim Singh, a self-styled godman, was moved to a prison in Haryana's Rohtak after he was found guilty of raping two women followers in 2002.

Pictures of him being given special treatment were doing the rounds in the media.

On Friday afternoon, he made a dramatic entry into court, driving 250 kilometres from his headquarters in Sirsa, in a bulletproof car, accompanied by a convoy of 200 cars.

After being arrested Ram Rahim Singh was taken to Rohtak by a helicopter. Pictures showed a woman, carrying a bag and luggage, accompanying him.

With inputs from PTI