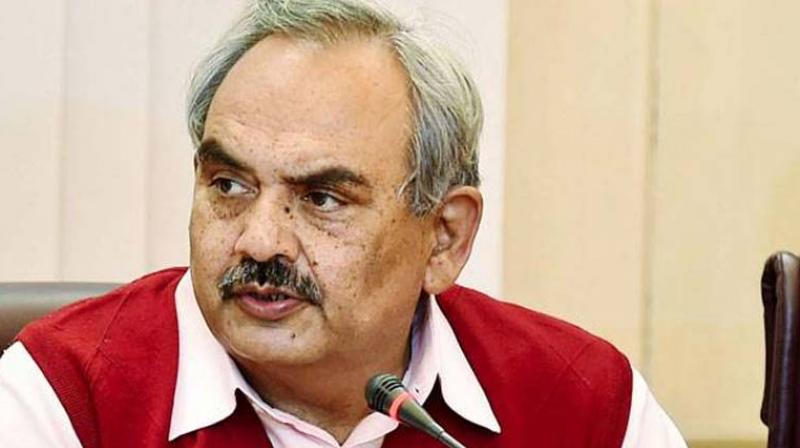 The Home Secretary said DG Haryana has assured that the situation was under control. (Photo: PTI)

The Home Secretary said DG Haryana has assured that the situation was under control. Mehrishi said situation in Punjab, Rajasthan and Delhi was also normal.

The Home Secretary said that the other issue discussed was the ongoing encounter in Pulwama where two to four terrorists are expected to be trapped.

National Security Adviser Ajit Doval and chiefs of paramilitary personnel were also present at the meeting.

The death toll in the violence that erupted in Haryana after the rape conviction of Dera Sacha Sauda chief Gurmeet Ram Rahim Singh has climbed to 31, the Home Ministry said.