The Punjab chief minister had earlier on Saturday chaired a high-level meeting over the law and order situation in the state. 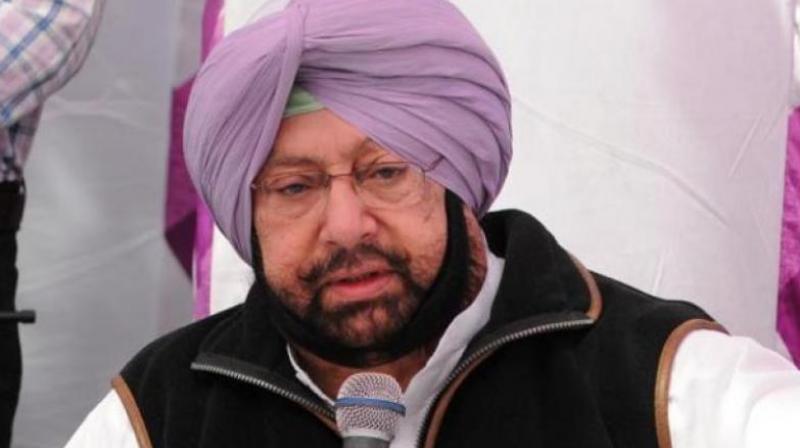 Amarinder Singh added that there were no deaths in Punjab and everything is peaceful now. (Photo: PTI)

"The fault was in allowing people to gather in Panchkula when the verdict was coming. The state government should have known that there could be a problem. Not enough measures were taken into consideration to curb the situation," Singh said at a press conference.

He added that there were no deaths in Punjab and everything is peaceful now.

"There was no firing or lathicharge in Punjab. I will not allow violence of any form in any sector in Punjab. We condemn the attack and peace will prevail in Punjab as long as I am here. Dera will pay for the damages," he asserted.

The Punjab chief minister had earlier on Saturday chaired a high-level meeting over the law and order situation in the state.

Addressing the media, Hooda said he had never seen such a ruckus in a government and asked the Haryana government to resign on "moral grounds".

BP Hooda further said, "If they don't resign then the Centre must impose President's Rule here."

Hooda also said that whatever happened in the past two to three days could have been avoided if the government would have been more alert.

Hooda also said that people have lost faith from this government, adding, "There is no law and order in the state. It feels like that there is no government in Haryana."

On the high court's comment that everybody let Panchkula burn for political gain, Hooda said, "When the high court says this, then it really shows the failure of this government," and that the government should collectively resign.

He also said that people are scared and there is a panic like situation in the state.

Not blaming Rahim's supporters for the ruckus, Congress leader said it is all to be blamed on the state government and kept emphasizing on the fact that the government should resign and president's rule be implemented in the state.

Following are other updates related to the case:

- Curfew has been imposed in Sangrur, Moga and Patiala district of Punjab. Security stepped up after violent protests by Dera followers in the state.

- Delhi Transport Corporation has suspended bus services to NCR due to incidents of arson.

- Haryana Chief Minister Manohar Lal Khattar said the state government had made complete arrangements; but the mob was really huge.

- Madhur Verma of Delhi Police confirmed that Dera Sacha Sauda followers tried to create mischief, following which a case has been registered. The police have recovered the CCTV footage, probe is underway.

- Passengers have been stranded at Bhatinda railway station due to curfew imposed in Punjab.