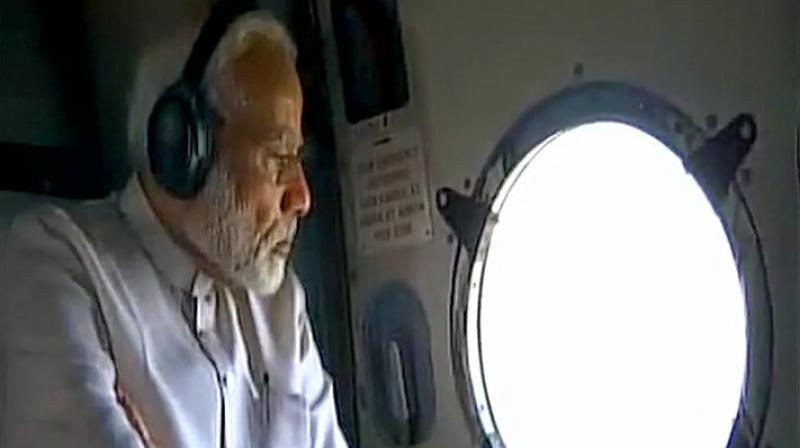 Prime Minister Narendra Modi assured both that he would be sending a central team to immediately assess the flood-related loss in the state. (Photo: Twitter | ANI)

He also announced an ex-gratia of Rs 2 lakh to the families of those killed and Rs 50,000 for those injured grievously by the floods.

The Prime Minister was accompanied by Bihar Chief Minister Nitish Kumar and Deputy Chief Minister Sushil Modi. He also reviewed relief and rehabilitation work with them in detail.

He assured both that he would be sending a central team to immediately assess the flood-related loss in the state.

He instructed that in order to assess the claims of farmers' crop insurance; the insurance companies should send their supervisors to the flood-affected areas so that the farmers can be provided relief immediately.

The Road and Transport Ministry has also been directed to take appropriate action to repair all flood-damaged roads and electricity infrastructure in the state.

To tackle the flood threat, the Indian Prime Minister discussed flood control in the border areas with Nepal Prime Minister Sher Bahadur Deuba in his recent visit to India.