Both the incidents that took place in Ashadeep School in Surat, have been captured in the CCTV footage. 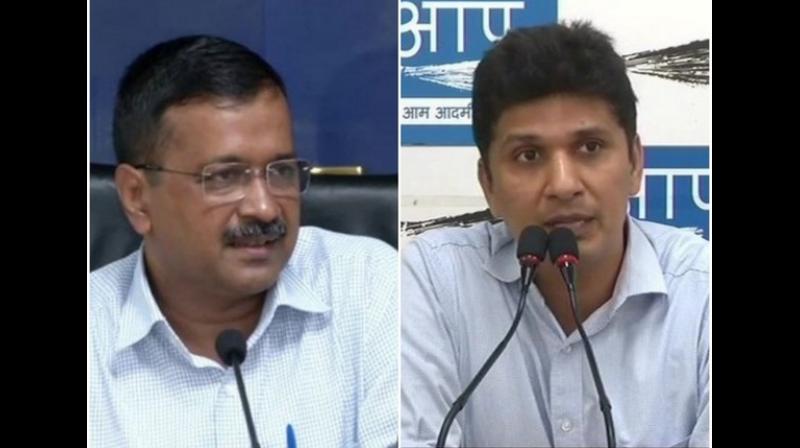 Surat: In two shocking incidents in the same school, a class XII student was allegedly beaten up by the school teacher while the next day furious parents thrashed the teacher on the school campus.

Both the incidents that took place in Ashadeep School in Surat, have been captured in the CCTV footage.

In the first CCTV footage, a teacher is seen slapping and punching the student in the school corridor while the student is trying to defend himself.

In the second video, outraged parents along with other people entered the classroom, attacked the teacher and pulled him out of the classroom.

The teacher was then dragged out of the school and parents along with others were seen thrashing and beating him with sticks.

Reportedly, the injured teacher has been admitted to SMIMER Hospital in Surat.