The police have registered a case against the accused and the investigation into the matter is underway. 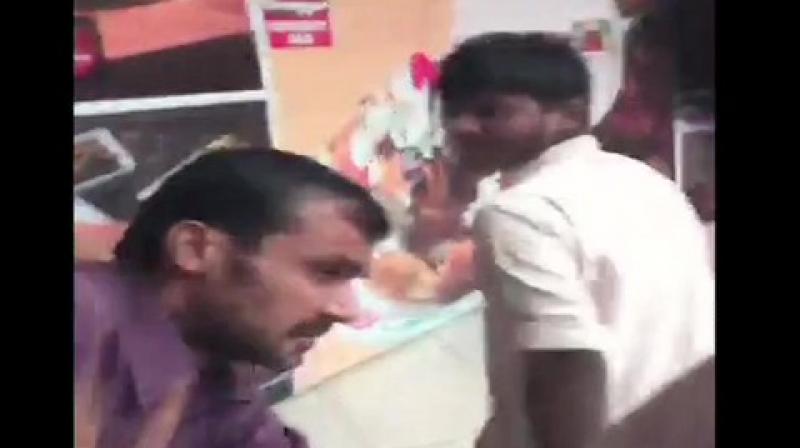 The incident took place at a mall in Mangalore on Wednesday afternoon. (Photo: ANI)

Mangalore: A group of people on Wednesday assaulted a man here who allegedly said that 'India was a Hindu Nation and Muslims should not come here.'

The incident took place at a mall in Mangalore on Wednesday afternoon.

The incident of the video has gone viral on social media in which the victim can be heard saying that "India was a Hindu Rashtra where Muslims are not welcome."

He is Manjunath from Mangalore, he was surrounded by a Muslim mob inside a mall & was brutally assaulted.

His fault- He said India is a Hindu Rashtra.

I challenge FoE activists to speak on this daylight lynching of a man who was just expressing his views. pic.twitter.com/sT4hdknx0Z

The police have registered a case against the accused and the investigation into the matter is underway.

"We will investigate. Police has good leads," said Mangaluru Police Commissioner while speaking to media on Thursday.