'All about Alcohol': Goa's new museum is dedicated to feni

The museum's owner and local entrepreneur, Nandan Kudchadkar, asserts that they do not promote the habit of liquor consumption 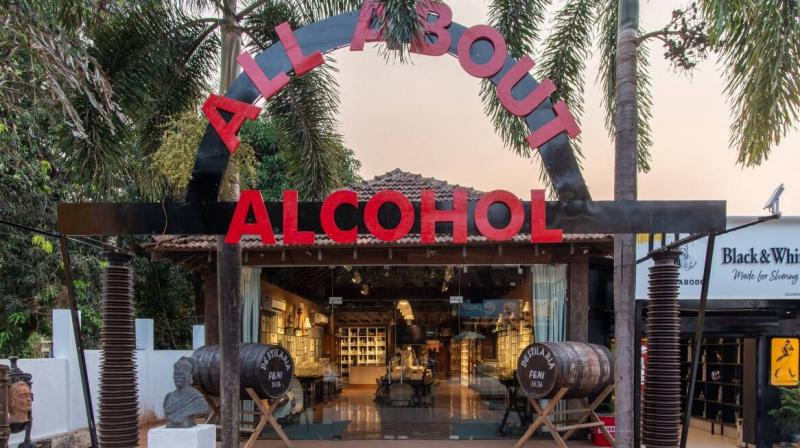 The museum displays various antiques that were used to manufacture feni in earlier times. (Photo: Instagram/@alcoholmuseum)

Panaji: Bottles of feni dating back to 1950s, glassware used to serve the drink, old wooden dispensers and measuring equipment catch one's eyes during a visit to the one-of-its-kind museum dedicated to the art of brewing the cashew-made liquor in Goa.

The museum's owner and local entrepreneur, Nandan Kudchadkar, asserts that they do not promote the habit of liquor consumption, but the gallery has been set up to showcase the unique and rich legacy of brewing feni in the coastal state.

He claims it to be the first museum in the world dedicated to history of brewing alcohol.

The 'Museum of Alcohol', set up in 1,300 sq ft area on a busy lane connecting the tourism hub of Sinquerim and Candolim in North Goa's beach belt, about 10 km from Panaji, provides a glimpse into the past and present of the state's famous brew 'feni', made out of cashew apples. On display in four rooms inside the museum are various old mud pots, measuring equipment from the 16th century which were used while serving feni, an antique wooden shot dispenser, a 'garv' (scale) used to measure the potency of feni and a rare crystal Australian beer glass sourced from Russia.

It also exhibits glassware collected from across the globe, chalices, snifters, inclined wine glasses, the world's tallest shot glass from Poland, and other items.

The museum also has a cellar, where bottles of cashew and coconut feni dating back to the 1950s are lined up.

"The museum is located on a busy street, where I could have made money through any of my other ventures. But, I thought of putting up this project here because I wanted to showcase our rich legacy to visitors," Kudchadkar told PTI.

He also said that by way of the gallery, they are not encouraging people to consume alcohol.

"We don't promote the habit of drinking, but we support responsible drinking, he said.

The museum displays various antiques that were used to manufacture feni in earlier times.

Kudchadkar recalls how he developed the passion for collecting such antiques almost three decades back when he used to visit people along with his father.

Out of the four rooms in the museum, one is dedicated to other items related to Goa's culinary culture, including old stoves, spoons, mortar-and-pestles, grinders and graters.

Kudchadkar also has a collection of petromax lanterns, which were used to illuminate taverns during the Portuguese era.

The businessman says the museum is not a profit-making venture for him, but "a tribute to my motherland".