8 killed, 3 injured in blast at firecracker factory in UP’s Budaun

Firefighters reached the spot and rescue operations are underway. 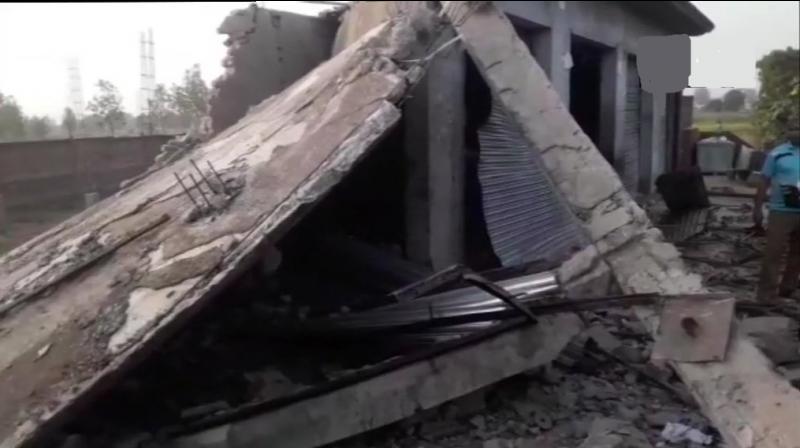 Badaun: At least eight people died and three others severely injured in an explosion at a firecracker factory in Uttar Pradesh’s Budaun on Friday, news agency ANI reported.

Firefighters and excavators rushed to the spot for rescue operations. The injured were taken to the nearby hospital and their condition is reportedly serious.

"At around 4.00 pm, there was an explosion in a licensed firecracker factory in Rasulpur village under Civil Lines police station," Badaun Senior Superintendent of Police (SSP) Ashok Kumar was quoted as saying by news agency PTI.

Firefighters and excavators rushed to the spot for rescue operations.

Seven persons died on the spot, while one person succumbed to his injuries in hospital.

He has also asked them to provide relief to the injured, reports said.