At 10 am on Saturday, the overall air quality of Delhi was docking at 305, said SAFAR. 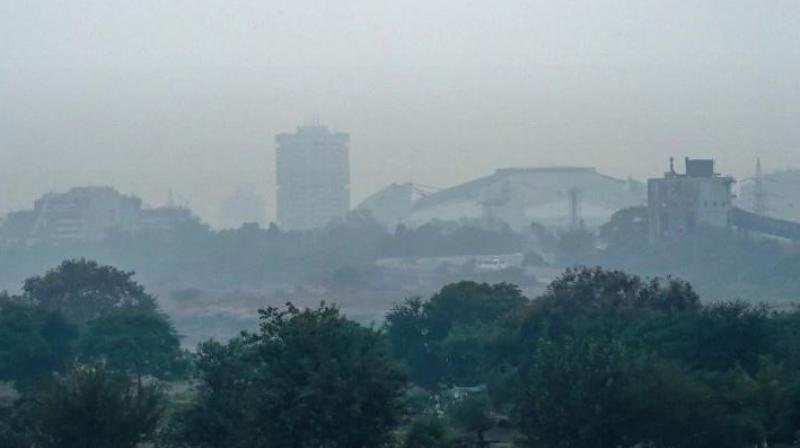 To combat the menace of air pollution, the Arvind Kejriwal-led government in Delhi has announced the implementation of the Odd-Even scheme from November 4 to 15, 2019. (Representational Image)

New Delhi: Just a day ahead of Diwali, Delhi's air quality dropped to season's worst on Saturday, due to decrease speed of the wind affecting the dispersion of dust particles.

At 10 am on Saturday, the overall air quality of Delhi was docking at 305, said SAFAR.

The organisation had predicted that on Sunday, the air quality will get even worse from Saturday. The AQI is expected to be around 324.

The increasing menace of air pollution in Delhi has erupted a political slugfest with allegation and counter allegation levelling across party lines.

Speaking to ANI, the former union minister said, "Pollution has increased in Delhi. In the last five years, Arvind Kejriwal has done nothing to reduce air pollution in the national capital. It was only the Centre who has taken steps like constructing bridges, highways and widened roads for traffic management and decongestion."

He also slammed the Delhi government for re-introducing the Odd-Even scheme in Delhi in saying, "They have introduced this scheme just to be in the news. Their (AAP government) is to be in the advertisements. Odd-Even will again cause a problem for the people."

To combat the menace of air pollution, the Arvind Kejriwal-led government in Delhi has announced the implementation of the Odd-Even scheme from November 4 to 15, 2019, stating that the smog from the nearby states due to the burning of crop residue is the major cause of pollution in the region.

On a closer look, farmers residing in Haryana and Punjab usually burn the crop residue after harvesting paddy in the autumn season in order to clear the fields for summer harvest. Smoke from these two states travels to the national capital each year, leading to a spike in the air pollution levels.