Prior to it, Gandhi had appeared before the court in October 2019 and pleaded not guilty for his comment 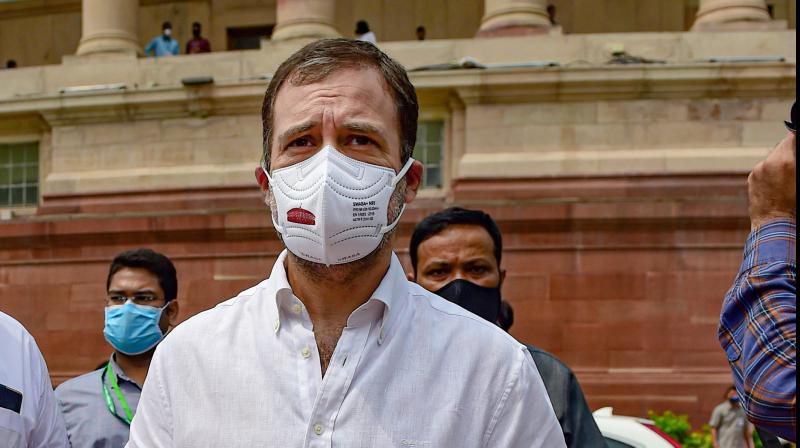 Surat: A magistrate court in Surat has directed Congress leader Rahul Gandhi to appear before it on October 29 to record his statement in connection with a criminal defamation case against him over his remark on the "Modi surname".

On Monday, Chief Judicial Magistrate A N Dave asked Gandhi to appear on October 29 to record his statement further, after the testimony of two new witnesses were taken since the Congress leader last appeared before the court on June 24 this year.

Prior to it, Gandhi had appeared before the court in October 2019 and pleaded not guilty for his comment.

"The court on Monday orally directed Rahul Gandhi to appear on October 29 to record his further statement over the testimonies of two new witnesses. He is likely to remain present before the court between 3 pm and 6 pm on that day," Gandhi's lawyer Kirit Panwala said.

BJP legislator from Surat, Purnesh Modi, had filed a complaint against Gandhi in April 2019 under Indian Penal Code Sections 499 and 500, that deal with defamation.

In his complaint, the MLA had alleged that Gandhi while addressing a poll rally in 2019 defamed the entire Modi community by saying "how come all the thieves have Modi as the common surname?"

Purnesh Modi is now a minister in the new Gujarat government led by Chief Minister Bhupendra Patel, holding the portfolios of road and building, transport, civil aviation, and tourism and pilgrimage development.

Since Gandhi's last appearance before the court, testimonies were taken of two more witnesses -- the then electoral officer of Kolar in Karnataka where the Congress leader made the speech, and a video recorder employed by the Election Commission to record his speech.