Cong allegations come two days after CBI filed a chargesheet in a special court in Bhopal in the multi-crore Vyapam scam. 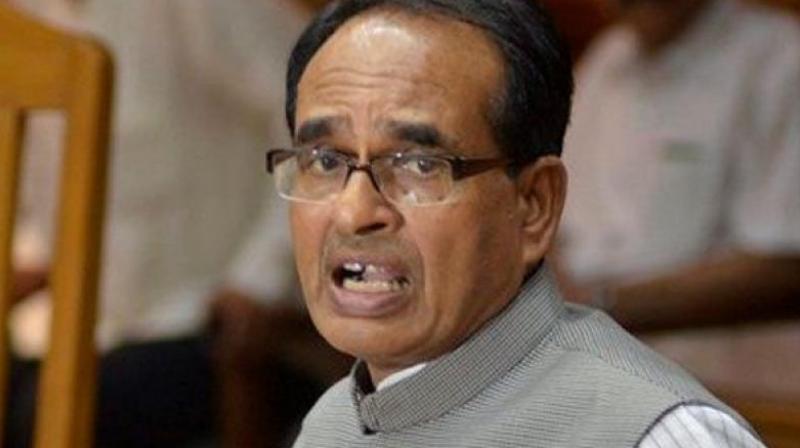 The multi-crore scam in Vyavsayik Pariksha Mandal (Vyapam) or Madhya Pradesh Professional Examination Board broke out in 2013. (Photo: PTI)

Bhopal: The Congress on Saturday alleged that the CBI was acting as a "puppet" in the hands of the Centre in the Vyapam scam and was "helping" Madhya Pradesh Chief Minister Shivraj Singh Chouhan.

The Congress' allegations come two days after the Central Bureau of Investigation (CBI) filed a chargesheet in a special court in Bhopal in the multi-crore Vyapam scam.

"The CBI is acting as a puppet of the central government in Vyapam scam," Congress general secretary in-charge of Madhya Pradesh, Deepak Babaria said.

"The CBI is helping Madhya Pradesh Chief Minister Shivraj Singh Chouhan, who, everyone knows, is its 'sutradhar'. Vyapam scam involves massive corruption. Small fishes are being prosecuted, while the sharks are being let off," he alleged.

As many as 592 people, including four promoters of private medical colleges in Madhya Pradesh, have been named as accused in the charge sheet filed on Thursday, in connection with the CBI's probe into the PMT exam in 2012 conducted by the Madhya Pradesh Professional Examination Board, also known by its Hindi acronym Vyapam.

On October 31, the central probe agency had filed a charge sheet in connection with the Pre-Medical test for 2013, in which it had rejected allegations that computer hard disc drives seized from an accused purportedly carrying reference of the letters "CM" have been tampered with.

The agency had said forensic analysis of the hard disc drives seized from Nitin Mohindra, an official at Madhya Pradesh Professional Examination Board, by the Madhya Pradesh Police has shown that no files having letters "CM" were stored in them.

The CBI charge sheet came as a major relief to Chouhan as he was given a virtual clean chit by the probe agency. Deepak Babaria, on Saturday, also alleged that the media was not giving proper coverage to the Vyapam scam.

The Congress leader said his party would make the issues of rise in rape cases and women trafficking its main poll plank for the Madhya Pradesh assembly elections scheduled next year.

He expressed confidence that the Congress will sweep the state elections.