Earlier this week, a video surfaced showing Tej Pratap threatening to disrupt the wedding of Sushil Kumar Modi’s son to be held on Dec 3. 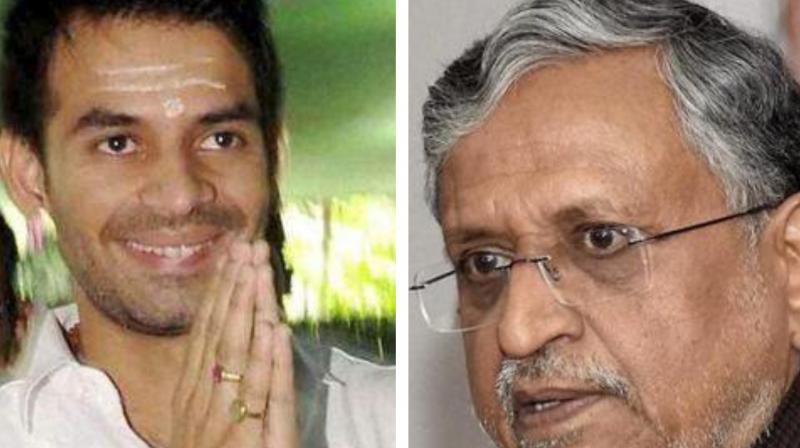 “The venue of Sushil Modi’s son Utkarsh-Yamini’s marriage has been changed to Veterinary college ground (near Patna airport) from Shakha Maidan in Rajendra Nagar,” the deputy CM’s office said in a statement issued on Saturday.

“The decision to change the venue has been taken for security reasons in view of some leaders making objectionable statements and threatening to disrupt the marriage,” it said.

All invitees are being informed accordingly about change of venue, the statement added.

News channels had beamed the video footage showing Tej Pratap Yadav delivering a speech in Aurangabad district, where he said “I have been invited by Sushil Modi to attend the wedding of his son. If I go there, I will expose him in public”.

“Uske ghar mein ghus kar maarenge, us shaadi mein vahin sabha karenge, tod phod karenge (will thrash him inside his house, hold a public meeting at the marriage venue and vandalise things),” he was heard saying in the video.

A local BJP leader, Anil Sahni, on Friday announced a “reward” of Rs one crore to anybody who slaps Tej Pratap Yadav.

But, the BJP condemned the statement and said disciplinary action would be taken against him for his “reckless utterances”.