The passenger, Poddar was detained by the CISF and handed over to police for questioning. 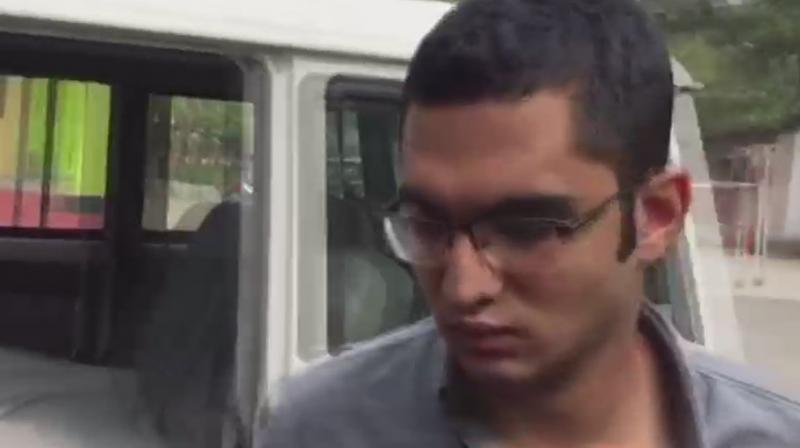 A Jet Airways passenger was detained at Kolkata airport after he was reportedly heard speaking on the phone that he would blow up the plane, police said today. (Photo: ANI | Twitter)

Kolkata: A passenger was detained and forced to de-board a Jet Airways Kolkata-Mumbai flight on Monday after fellow passengers allegedly heard him talking about "bombs" on a video chat, an airport official said.

Yogvedanta Poddar, in his 20s, was forced to get off the plane, which was preparing for take-off, he said. Co-passengers overheard his conversation and alerted a flight attendant. The crew immediately informed the pilot about a possible threat, the official said.

"The pilot then reported the matter to the ATC, following which the man was taken off the Jet Airways flight by the CISF, which is in charge of security at the airport," he said. Poddar has been handed over to the airport police station for questioning, he added.

According to police sources, the man said during interrogation that he was going to Mumbai for a job interview. The resident of Salt Lake, adjoining the city, was being interrogated at the NSCBI airport police station to ascertain his motives, officials said.