Committed to preserving values of our Constitution: Rahul Gandhi, Priyanka

Rahul Gandhi and Priyanka Gandhi Vadra on Tuesday reiterated the commitment to preserve the values mentioned in the Indian Constitution. 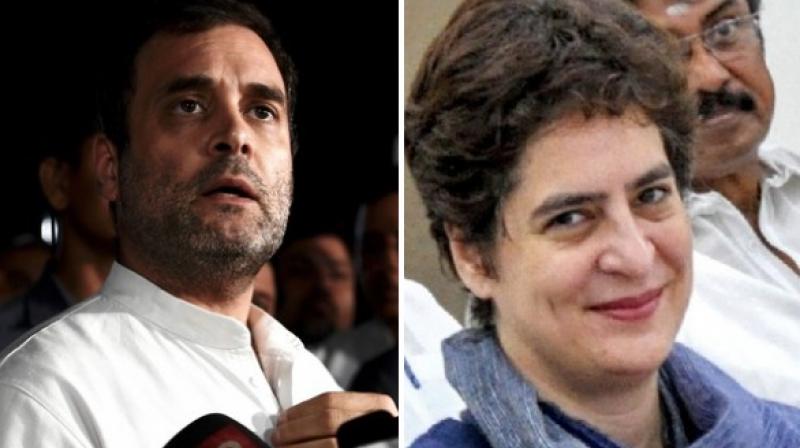 'We are proud of our Constitution, we reiterate our commitment to preserving the values contained in it," Rahul tweeted in Hindi. (Photo: ANI)

New Delhi: On the occasion of 70th Constitution Day, Congress leaders Rahul Gandhi and Priyanka Gandhi Vadra on Tuesday reiterated the commitment to preserve the values mentioned in the Indian Constitution.

Echoing similar sentiments, Priyanka said, "Today is Constitution Day and the people in power are trying to circumvent the values of the Constitution and promote money power by weakening the power of the people in a democracy. To face this money and muscle power, it is necessary to take an oath that we will stand firmly with every value written in our Constitution. Long Live Constitution, Jai Hind."

November 26, which was earlier celebrated as Law Day, marks the day when India had adopted its Constitution back in 1949, more than two years after attaining independence from the British rule.

Constitution Day is celebrated to mark the adoption of the Indian Constitution by the Constituent Assembly on this day in 1949. It came into force on January 26, 1950, marking the beginning of a new era in the history of the Indian Republic.

The occasion was first celebrated in 2015 as a mark of tribute to India's first Law Minister Bhim Rao Ambedkar, who played a pivotal role in the drafting of the Indian Constitution.

The declaration regarding the same was made by Prime Minister Narendra Modi on October 11, 2015, while laying the foundation stone of Statue of Equality in Mumbai.