Cong spokesperson Manish Tewari tweeted that the Indian Santa took away people's money and left them with only the socks. 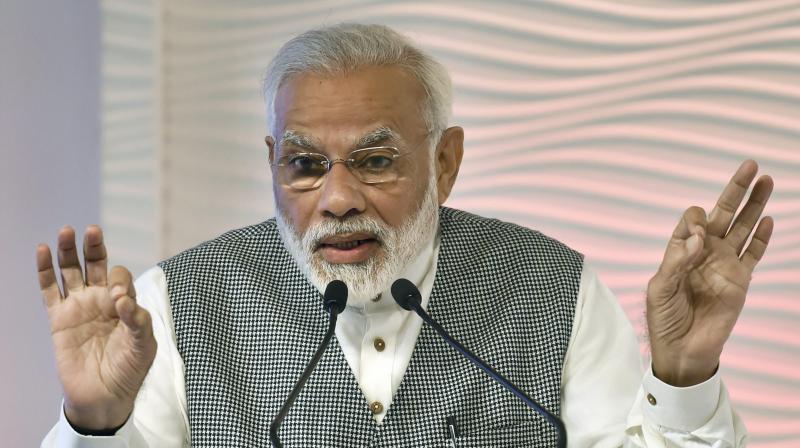 It was obvious that Tewari's jibe was indicated at Modi, whose Government still holds the GST and demonetisation as pillars of success. (Photo: PTI)

In a tweet a day after Christmas, Congress spokesperson Manish Tewari said that in the rest of the world "an old man with a white beard" distributed gifts to people, while in India, a similar looking man did quite the opposite – took away public’s money and left them only with the socks.

Instead of coming down the chimney, this notorious Indian Santa entered people's houses through their television sets, Tewari said in the tweet.

It was obvious that Tewari's jibe was indicated at Modi, whose Government still holds the GST and demonetisation as pillars of success.

The Opposition has been relentlessly pointing out the failure of both the schemes, saying they were hasty, ill-implemented and have slowed economic growth, especially for small businesses, an effect that is likely to last longer than a few fiscal quarters.

In September this year, Bharatiya Janata Party's (BJP) veteran leader Yashwant Sinha called the note ban "a disaster" and GST "poorly conceived". He said the two policies would come down hard on the already struggling Indian economy and cause immense misery to the country's poor.