HIV-infected blood given to pregnant woman in Tamil Nadu hospital

Tamil Nadu government said it was making all efforts to prevent impact of virus on woman. 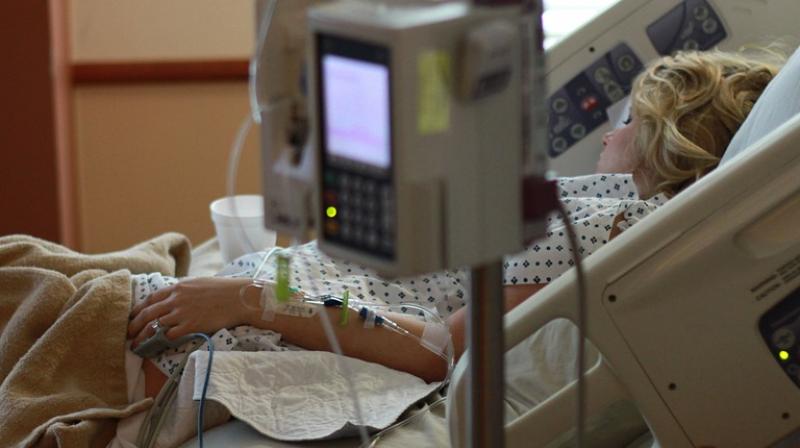 Tamil Nadu government also said stocks in all blood banks would be reviewed to ensure that such incidents did not recur. (Representational Image | Pixabay)

Virudhunagar: A 24-year-old pregnant woman from Tamil Nadu’s Virudhunagar contracted HIV after receiving blood donated by an infected man, prompting the Tamil Nadu government to review the stocks in all blood banks of the state to ensure they were free of the deadly virus.

An employee of a blood bank attached to a government hospital in Sattur, near Virudhunagar, has been dismissed, while two others have been suspended in connection with the incident, health department officials said on Wednesday.

The state government said it was making all efforts to prevent the impact of the virus on the woman, and stocks in all blood banks would be reviewed to ensure that such incidents did not recur.

Joint Director of Health Services, Virudhunagar, R Manoharan told news agency PTI that the woman was admitted to a private hospital in Sattur for the birth of her second child and the doctors advised her to have a blood transfusion citing haemoglobin deficiency.

Blood brought from a blood bank was transfused to her. It later emerged that the donor was HIV positive, the official said, adding the recipient's blood was also tested, which confirmed that she too had got infected by the virus.

Preliminary inquiry revealed that the blood bank staff had failed to screen the blood properly before supplying it to the private hospital. The personnel who tested the donor's blood had labelled it 'safe,' officials said.

State Fisheries Minister D Jayakumar said action has been taken against the erring employees of the blood bank and the district collector has also expressed 'regret', apparently to the family, through the revenue divisional officer.

"The government is taking steps to prevent the impact of HIV on the women with the help of technology. All stocks in blood banks will be analysed to ensure they are HIV-free," he told reporters in Chennai.

Meanwhile, the woman and her husband lodged a complaint with Sattur police on Wednesday seeking action against the doctors, nurses and employees of the blood bank.

Health Secretary J Radhakrishnan visited the district and spoke to the woman.