A prayer meeting was held at Vajpayee’s memorial — Sadaiv Atal — to mark his 95th birth anniversary. 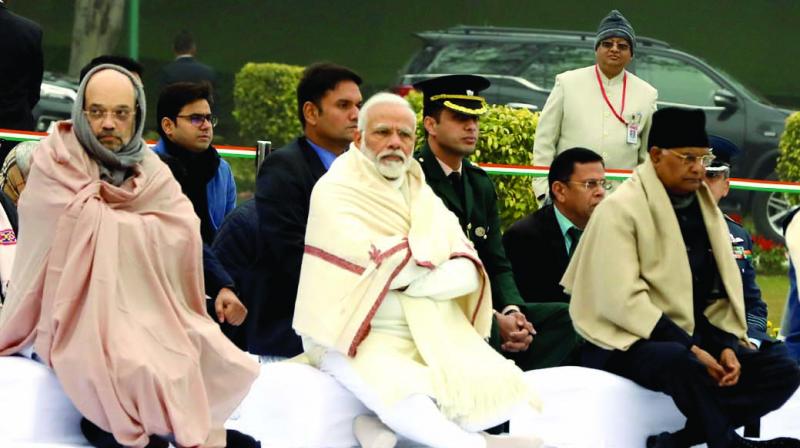 A prayer meeting was held at Vajpayee’s memorial — Sadaiv Atal — to mark his 95th birth anniversary.

The PM tweeted, “Trib-utes to Atal Behari Vajpa-yee, who is etched in the hearts of the countrymen, on his birth anniversary.”

He posted a brief video on Vajpayee, recalling his contributions to the country. Mr Modi also paid tribute to Madan Mohan Malaviya on his 158th birth anniversary.

“A humble tribute to Mahamana Pandit Madan Mohan Malaviya on his birth anniversary; who dedicated his life to the service of Mother India,” Mr Modi tweeted.

Malaviya played an important role in the freedom movement besides making invaluable contributions in the field of education, and his scholarship and ideals will always inspire countrymen, said Mr Modi.

Paying tributes to Vajpayee, Mr Shah recalled the former PM’s contributions and said that on the one hand, Vajpayee was an efficient organiser and propelled the party to the all-India level while on the other hand, he led the country.

Events during Vajpayee’s tenure such as the Pokharan nuclear tests and victory in the Kargil war created a strong image of India in the world, Mr Shah said.