During questioning, the woman revealed that she was in contact with Prajapati since some time and he used to live here earlier. 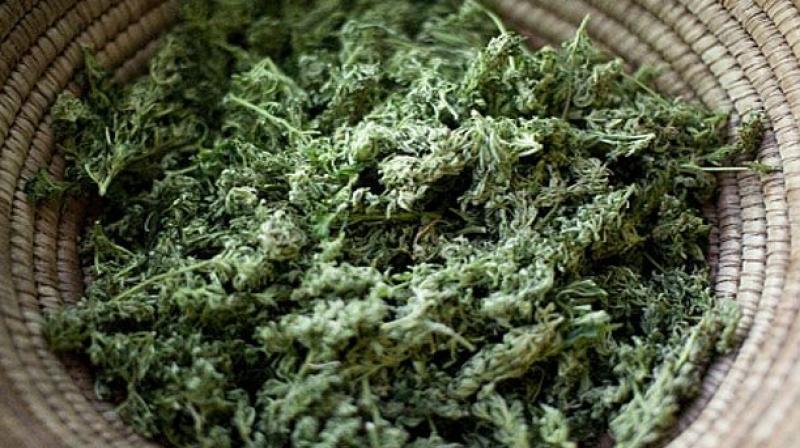 Prajapati admitted that he planted charas because he wanted to take revenge against the woman by implicating her in a false drugs case. (Photo: Representational Image)

Ahmedabad: The Ahmedabad Zonal Unit of Narcotics Control Bureau (NCB) today held a man who had allegedly hid 580 grams of charas (hashish) at his former girlfriend's house in order to implicate her in a false drugs case, said NCB officials.

Upon his arrest on Friday, one Dinesh Prajapati admitted that he did this out of grudge against her ex-girlfriend, who had recently lodged an FIR against him after their relations turned sour, said Zonal director of Ahmedabad-NCB Hari Om Gandhi.

According to Gandhi, Prajapati contacted NCB officials on January 22 and gave a tip off that a woman living in Ghatlodia area is a drug trafficker and hidden large cache of the contraband in her house.

"When we raided the house, we found 580 grams of charas, having street price of around Rs 3.5 lakhs, hidden inside a flower pot. When we questioned the woman about it, she expressed ignorance about the charas," said Gandhi.

During questioning, the woman revealed that she was in contact with Prajapati since some time and he used to live here earlier. The women also claimed that she has lodged a complaint against Prajapati for harassing and threatening her, said Gandhi.

"When we checked with local police, we found that the woman was speaking the truth, as Sola Police had filed an FIR against him. Later, when we called him for questioning and Prajapati admitted that he did this because he wanted to take revenge against the woman by implicating her in a false drugs case," said Gandhi.

"After Prajapati's relations with the woman soured, he acquired this charas and hid it in her house before tipping us. We have arrested him on charges of criminal conspiracy and under various sections of NDPS Act. The probe is on to find out the source of the charas," said Gandhi.