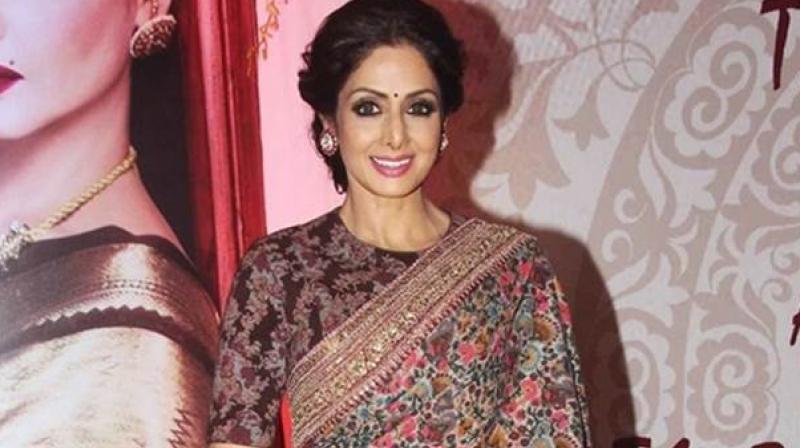 The Dubai Police released her forensic report on Monday which put the cause of death as ‘accidental drowning’ and not cardiac arrest as was earlier reported. (Photo: File)

Mumbai: There might be further delay in repatriating the mortal remains of actor Sridevi who died from ‘accidental drowning’ in her hotel bathtub late on Saturday night, causing nationwide shock and a long wait for her to come back to India.

The Dubai Police released her forensic report on Monday which put the cause of death as ‘accidental drowning’ and not cardiac arrest as was earlier reported.

Gulf News reported the autopsy found traces of alcohol in her blood. The autopsy concluded Sridevi lost consciousness and drowned accidentally in the bathtub. It did not say why she had fainted.

There could be a further delay in bringing her back as the case has been transferred to the Dubai Public Prosecution and another ‘clearance’ is awaited.

Indian envoy to the United Arab Emirates Navdeep Suri has said, "The media interest in untimely demise of Sridevi is understandable. But the frenzy of speculation does not help. We leave it to the experts to determine cause of demise. Let's be responsible."

Late on Monday night, sources told the Gulf News that Sridevi’s husband Boney Kapoor had been called to the Bur Dubai police station for questioning. He was allowed to go back to the hotel after he made a statement, the paper reported.

Indian diplomatic officials told the paper that they were trying their best to repatriate the actor’s mortal remains as soon as possible. They were, however, unable to give any time-frame for that.

The repatriation is now ‘open-ended’, sources told Gulf News. Indian diplomatic sources said all arrangements were being made to fly her out as soon as possible.

It is learnt a 13-seat jet belonging to the Reliance group headed by Anil Ambani is kept ready at the Dubai airport to bring her back.

According to UAE procedures, in the case of an accidental death, the post-mortem and forensic reports are referred to the Public Prosecution.

"The papers are revised by the prosecutors of the jurisdiction where the incident happened. An official order to hand over the body of the deceased to the family or relatives is issued shortly after that," the Gulf News reported.

Prosecutors can carry out further detailed investigations and decide on future procedures accordingly.