The buzz is that the tweet was deleted in the wake of strained relationship between the TDP and the BJP. 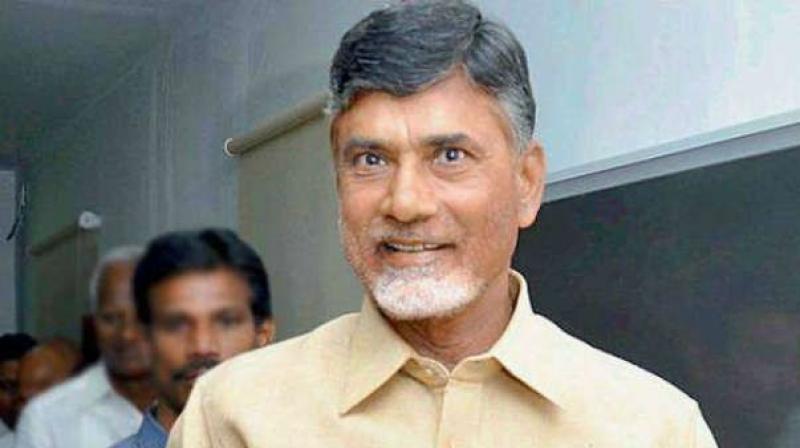 New Delhi: While a host of saffron leaders paid tribute to Veer Savarkar, the father of the term “Hindutva”, on his 52nd death anniversary on Monday, NDA ally TDP’s leader and Andhra Pradesh chief minister N. Chandrababu Naidu sparked a political storm by apparently deleting a tweet he had posted as a homage to the freedom fighter.

Mr Naidu’s action speaks volumes about his anger towards the BJP-led Central government for ignoring TDP’s demands for a financial package for Andhra Pradesh.

According to screenshots shared on Twitter, the TDP chief’s twitter handle is shown tweeting “Humble tributes to the legendary freedom fighter, Veer Savarkar ji, on his death anniversary.” Soon after, the tweet was unavailable.

The buzz is that the tweet was deleted in the wake of strained relationship between the TDP and the BJP. Also Savarkar is considered as a controversial figure by many but is held in high esteem by the BJP. Savarkar is credited for coining the term “Hindutva” and had endorsed a “Hindu rashtra”.

While the TDP is part of the ruling alliance at the Centre, the Andhra Pradesh’s ruling party is under pressure from the Opposition parties, who have been criticising it for not getting the Centre to deliver on promises made as per the Andhra Pradesh Reorganisation Act, 2014.

The state will go to polls simultaneously with the Lok Sabha elections next year and the issue could be used by the Opposition to take on the TDP.

Though the TDP has been taking a tough stand in Parliament and siding with the Opposition on the triple talaq bill, political observers feel that it is not more than posturing.

The regional party had also expressed “disappointment” over the Union Budget, which did not allocate any funds for the state.