elay in release of mortal remains because Dubai Public Prosecution took a fresh look after police said death due to 'accidental drowning'. 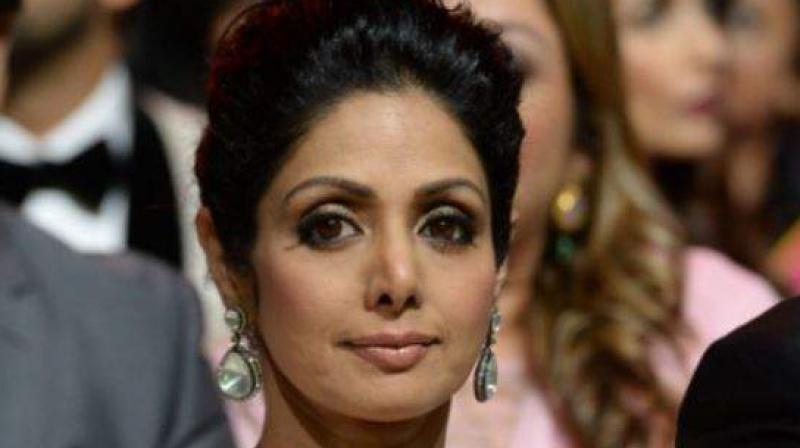 The Dubai Police released her forensic report on Monday which put the cause of death as ‘accidental drowning’ and not cardiac arrest as was earlier reported. (Photo: File)

Mumbai: Three days after she died in her hotel suite in Dubai, authorities issued the final clearance letter on Tuesday afternoon that will enable Bollywood actor and legend Sridevi to come home to India.

Sridevi died from ‘accidental drowning’ in her hotel bathtub late on Saturday night, causing nationwide shock and a long wait for her to come back to India.

The Dubai Police handed over the letter to Sridevi's family and the Indian Consulate for the release of her mortal remains early on Tuesday afternoon.

The Dubai Media Office tweeted: “The Public Prosecutor's Office in Dubai said: 'The decision to release the body came after all the investigations and procedural matters followed in such incidents were completed, in order to determine all its circumstances and ensure that justice was done within the framework of the law'.”

The case is now considered closed.

Her body was embalmed at the Medical Fitness Centre in Muhaisanah, Dubai. It is reported the mortal remains of Sridevi will arrive in Mumbai late on Tuesday night. The funeral will take place on Wednesday afternoon.

The delay took place because the Dubai Police in its forensic report put the cause of death as ‘accidental drowning’ and not cardiac arrest as was earlier reported.

The autopsy concluded Sridevi lost consciousness and drowned accidentally in the bathtub.

Following the report, the case was transferred to the Dubai Public Prosecution for routine legal procedure and the final clearance.

Late on Monday night, sources told the Gulf News that Sridevi’s husband Boney Kapoor had been called to the Bur Dubai police station for questioning. He was allowed to go back to the hotel after he made a statement, the paper reported.

Boney Kapoor's son Arjun Kapoor flew to Dubai on Tuesday morning to be with his father.

"Arjun has gone to Dubai this morning to be with his father at the hotel while the formalities are being wrapped up and to oversee the return journey," said a statement issued by the Kapoor family.

Indian diplomatic officials told Gulf News that they were trying their best to repatriate the actor’s mortal remains as soon as possible.

It is learned a 13-seat jet belonging to the Reliance group headed by Anil Ambani is kept ready at the Dubai airport to bring her back.

According to UAE procedures, in the case of an accidental death, the post-mortem and forensic reports are referred to the Public Prosecution.

"The papers are revised by the prosecutors of the jurisdiction where the incident happened. An official order to hand over the body of the deceased to the family or relatives is issued shortly after that," the Gulf News reported.

After her mortal remains come back to Mumbai, her cremation will be held in Vile Parle.

The late actress' spokesperson issued an official statement on behalf of the family, which states, "On behalf of Khushi, Janhvi, Boney Kapoor, the entire Kapoor and Ayyappan families, a sincere thanks to the media for your continued sensitivity and support during this emotional moment.

The spokesperson also issued another official statement on behalf of the family, which reads, "Khushi, Janhvi, Boney Kapoor and the entire Kapoor and Ayyappan families are deeply bereaved and shocked with the untimely loss of Sridevi Kapoor. Late Sridevi Kapoor passed away in Dubai, UAE, on Saturday February 24th.

We thank the film fraternity, media, fans of late Sridevi Kapoor and all the well-wishers for their prayers, support and sensitivity during our moment of immense grief. We request you to kindly join us in paying our last respect to a remarkable actor, beloved wife and loving mother."