UP Health Minister said action will only be taken against illegal abattoirs and licensed slaughterhouses need not fear. 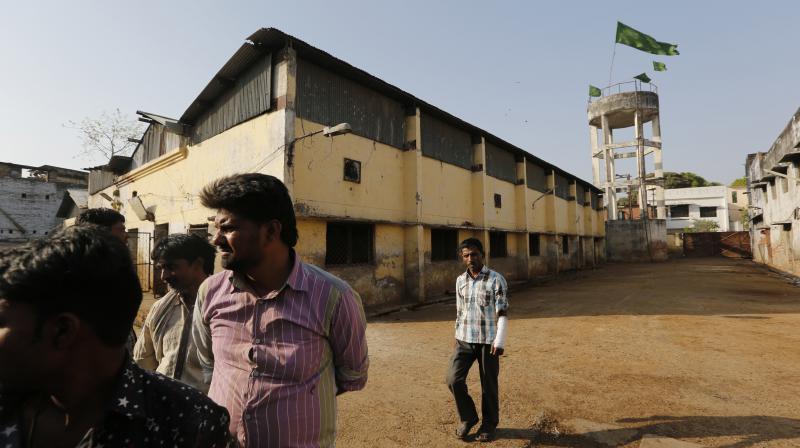 Workers stand outside a slaughter house where they used to work after the same was shutdown by authorities in Allahabad. (Photo: AP)

Lucknow: Clearing confusion over its action against slaughterhouses in the state, the Uttar Pradesh government on Monday said it was acting only against the illegal abattoirs.

"We are acting only against illegal abattoirs. Licensed slaughterhouses are requested to stick to the norms," Health Minister Siddhartha Nath Singh told reporters in Lucknow.

"The licensed slaughter houses should comply with the norms mentioned in the licence and need not to fear," he said.

"No orders have been issued to take any action against any shop selling chicken, fish or eggs. They need not to fear," Singh clarified.

He directed the officials that they should not act in over-enthusiasm nor should they overstep their jurisdiction.

Citing an instance, Singh said, "One of the norms mentioned in the licence is installation of CCTV cameras in the premises of the slaughter house. If this norm is not complied with, then instead of ordering the closure of the slaughter house, a notice may be issued to its owner, and he be instructed to take necessary remedial steps within a specific timeframe."

Incidentally, meat sellers across the state today went on an indefinite strike against the crackdown on illegal and mechanised slaughterhouses.

Siddhartha Nath Singh said a propaganda is being circulated through various social media platforms (especially by those who do not agree to our ideology). "Please do not fall prey to the propaganda," he said.

"They are most welcome to meet us and convey their point of view. We would meet them with an open mind, but will not allow illegal things," he said.

On anti-Romeo squads, Singh said the government would not tolerate any vigilantism.

"If anyone dares do it, he will be in serious trouble," he said, when asked specifically about reports that young boys and girls were being harassed.