Incidents such as this have frequently come to the fore, but to disappointment, nothing can be seen being done about it. 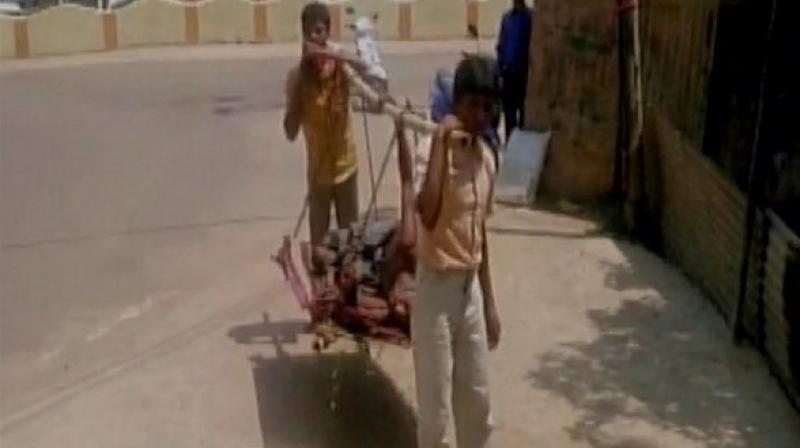 Dantewada: Incidents of utter apathy showing inconsideration of the people and government has time and again come to light but there has been no remedy.

First, it was Odisha where a man carried his wife's corpse on his shoulder as he was refused an ambulance.

Since then, such incidents have frequently come to the fore, but to disappointment, nothing can be seen being done about it.

One such incident of apathy has again come to light in Chhattisgarh's Dantewada where the tribals of Lava village are still devoid of basic facilities.

If an accident takes place in the village, the villagers carry the injured on a cot all the way to NMDC's Pariyojna Hospital, which is at a distance of 14 kilometres from the village.

This was repeated when a victim had to be carried on a cot to the hospital by his relatives. Even after being assured by the hospital to provide an ambulance, the promise was later not fulfilled.

The 40-year-old sustained injuries after he fell from a Salfi tree while trying to pluck out its fruits.

"There is no facility in the village. Neither can ambulance reach there nor any bus. Even when NMDC assured us an ambulance, there was no sign of it reaching there. Therefore, we had to carry him on a cot. Only promises are made, but never fulfilled" the victim's brother said.

In the name of facility, the NMDC has arranged for a shuttle bus which travels once a day from Kirundul and stops five kilometres before the destination due to no road connectivity.

The villagers then had to carry their concerned relatives on foot all the way to the hospital.