A large crane lifted the huge capstone at the excavation site in Narmeta village on March 21, department officials said. 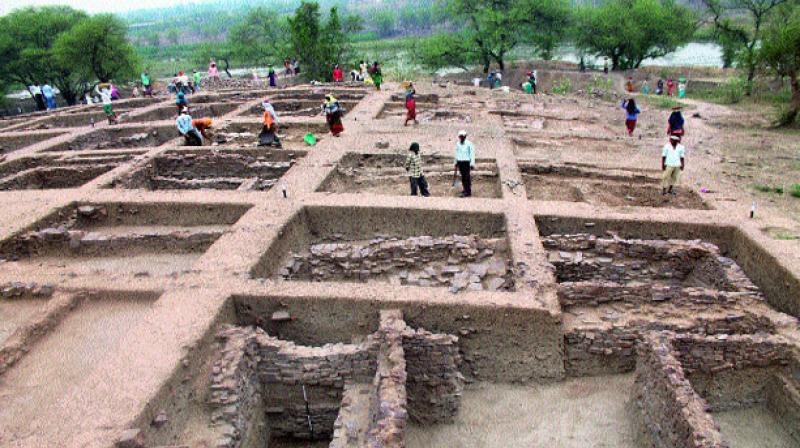 A large crane lifted the huge capstone at the excavation site in Narmeta village on March 21, department officials said.

"The capstone of the menhir burial reportedly weighs about 40 tonnes," they added.

The archaeology department is all set to undertake DNA testing of various artefacts that have been discovered at this site which will help in tracing the lineage of pre-historic humans, their food habits, lifestyle, and how their population later became extinct, the officials said.

In 2016, team of experts from the Archaeological Survey of India (ASI) discovered a signet made of clay with ornamental design was among the about 3,000 ancient artefacts at the Keezhadi Pallai Sandhaipudur village in Sivaganga district of Tamil Nadu during an excavation.

According to ASI officials, the ancient settlement at the village, which was on the highway travelled by traders all over the world once, had an underground drainage system which was on par with the Harappan system. The sewage drains had been laid with "baked clay pipe lines".