The Prime Minister also touched upon cleanliness, wastage of food and fighting depression during his radio address. 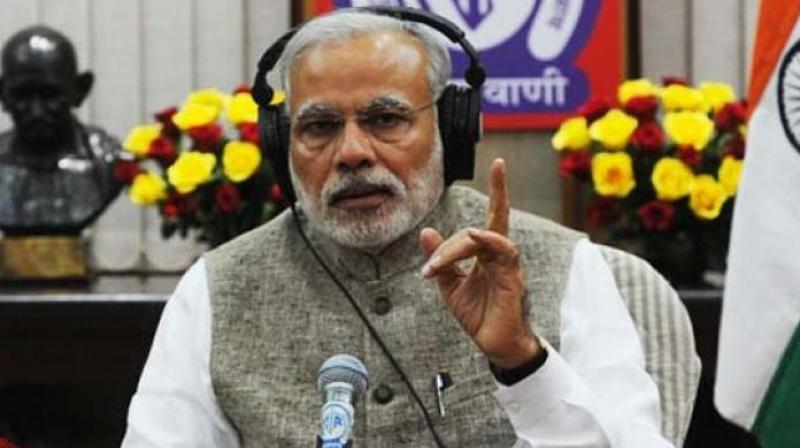 New Delhi: Prime Minister Narendra Modi on Sunday called upon the people to take the fight against black money and graft to the “next level” by shunning cash and going digital.

Urging “125 crore” Indians to become a part of the country’s transformation and realise the dream of “New India”, Mr Modi, in the 30th edition of Mann Ki Baat broadcast by AIR, asked people to shift to digital mode of payment for all transactions — from paying school fee and buying medicine or items from fair price shops, to purchasing air and train tickets.

“You can’t imagine how you can serve the country in this way and become a brave soldier in the fight against black money and corruption,” he said.

After invoking the sacrifice of Bhagat Singh, Sukhdev and Rajguru, and recalling Mahatma Gandhi’s Champaran Satyagraha, Mr Modi said that if Indians take a pledge and unite to work towards it, a bhavya (grand) and divya (brilliant) India will become a reality. March 23 was the death anniversary of the three martyrs, and 2017 marks the centenary of Champaran Satyagraha.

“New India is neither a government programme, nor is it the manifesto of a political party, nor is it a project. New India is the… essence of the emotions of the 125 crore Indians wanting to come together and create a magnificent India,” he said.

Observing that the Budget had announced that there would be 2,500 crore digital transactions this year, he said if 125 crore countrymen resolve, “they need not wait for a year; they can do it in six months.”

Expressing gratitude to the people, Mr Modi said that over the last few months the country has witnessed an atmosphere in which people in large numbers have participated in the digital payment, “Digidhan” movement.

“There has also been an increase in curiosity about cashless transactions. The poorest of the poor are making attempts to learn, and people are gradually moving towards doing business without cash. There has been a surge in various modes of digital payment after demonetisation,” he said, adding that the BHIM App, launched about two and a half months ago, has already been downloaded by one and half crore people.

Mr Modi began his radio address, the first after the BJP’s landslide victory in Uttar Pradesh and Uttarakhand, and forming coalition governments in Goa and Manipur, by greeting the people of Bangladesh on their Independence Day.

The Prime Minister also touched upon cleanliness, wastage of food and fighting depression during his radio address.