Will break limbs of those who kill cows: BJP MLA

Statement made in presence of UP minister Suresh Rana. 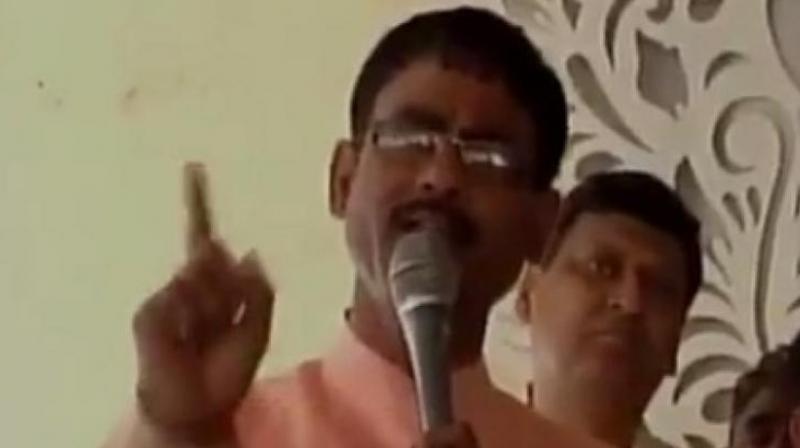 Lucknow: A newly elected BJP MLA, Vikram Saini, has said that he would break the limbs of those people who do not respect cows and kill them.

The MLA represents the Khatauli Assembly segment in Muzaffarnagar district and is an accused in the 2013 Muzaffarnagar riots case. He was detained under the National Security Act.

Speaking at a function in his constituency on Saturday evening, he said, “I will break the hands and legs of people who do not take pride in chanting Vande Mataram and don’t consider cows to be their mothers and kill them”.

The MLA made this statement in the presence of UP minister Suresh Rana. “We are ready to fulfill our promises. We have a team of youth activists to take action against such persons,” he said.