As per the driver, in order to save a woman's life, TV journalist Sandeep Sharma was mowed down by his truck. 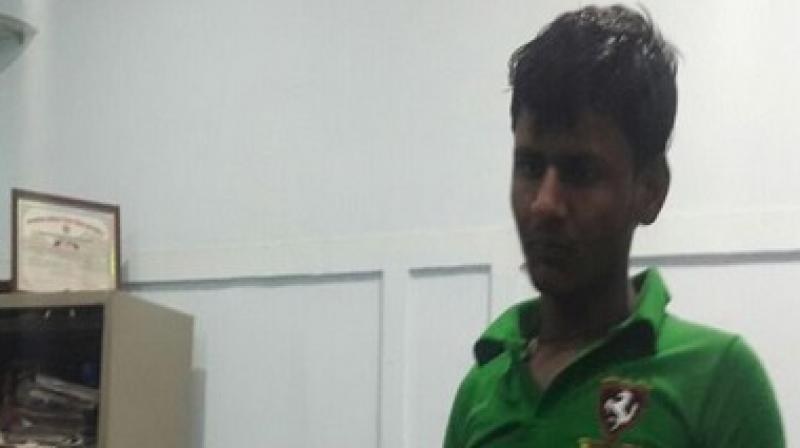 Bhind (Madhya Pradesh): Driver of the truck which ran over the Madhya Pradesh journalist, investigating sand mafia-police nexus, was arrested by the police on Monday night from Bhind.

The truck, with registration number MP 07 HB 4164, belonged to Bhaskar Sharma, a resident of Gwalior.

As per the driver, in order to save a woman's life, TV journalist Sandeep Sharma was mowed down by his truck.

"I was trying to save a woman when I took the turn. I didn't even see the side glass," said the accused to ANI.

Meanwhile, the police are investigating the matter and interrogating the accused.

In a chilling CCTV footage that surfaced on Monday morning, an investigative journalist was mowed down by a truck in Madhya Pradesh's Bhind.

Sandeep Sharma, a journalist with a national news channel, was probing a possible nexus between the police and the sand mafia.

In the video, Sharma was seen riding a motorcycle when a truck crushed him from. The journalist had earlier filed a police complaint about the threat to his life.

While the state police have set up a Special Investigation Team (SIT) to probe the Sandeep Sharma's death, Chief Minister Shivraj Singh Chouhan has also assured strict action against the culprits involved in the murder.

Congress has appealed for a CBI Investigation into the death of Sandeep Sharma.

Reportedly, the journalist had earlier notified police that he had been receiving death threats by some unknown people.