Modi said India can not only defend itself on land, air and water, but now also in space. 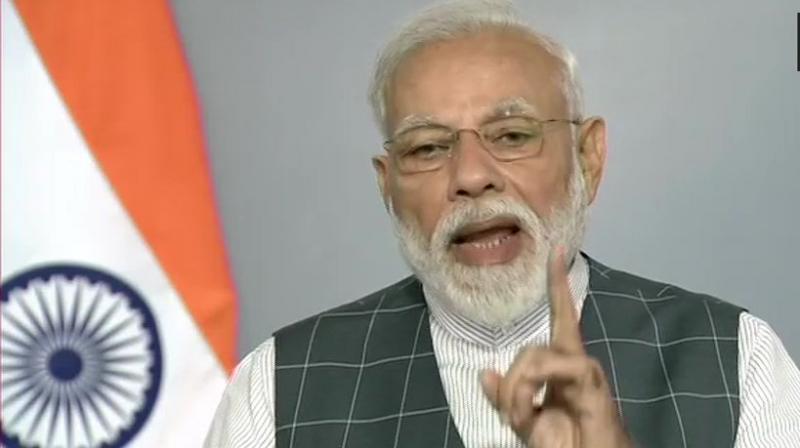 'India has entered the super league of space powers by doing this,' the Prime Minister said in his public address to the nation. (Photo: ANI | Twitter)

New Delhi: Prime Minister Narendra Modi announced on Wednesday that India can now defend itself in space as its scientists had mastered the anti-satellite technology by shooting down a live low-earth orbit satellite.

By doing so – and that too in just three minutes -- India had entered the elite club of space countries USA, China and Russia, The Prime Minister said. The satellite was orbiting at an altitude of 300 kilometres.

The Prime Minister addressed the nation to announce this – after an unprecedented advertisement on Twitter about an “important message” he had to give to the country.

Government sources told ANI that the A-Sat weapon was launched at 11.16 am on Wednesday and targetted an Indian satellite which had been decommissioned.

The Prime Minister said in his address to the nation: “This is a big moment for India. We should be proud of it. We can not only defend ourselves on land, water and air but also now in space. This has made India a stronger nation.”

"India has entered the super league of space powers by doing this," the Prime Minister said. The operation -- that proved India's ability to secure itself from any space attack -- was called Mission Shakti. The missilie was launched from the Defence Research and Development Organisation's testing unit in Odisha's Balasore.

To be able to demonstrate anti-satellite missile capability is a rare achievement, Prime Minister Modi said, emphasising that the action was not directed against any country. "I assure the international community that our capability won't be used against anyone but is purely India's defence initiative for its security," Modi said in his televised speech.

“There can be no greater pride for the country,” PM Modi said in his address.

The Prime Minister's announcement came as the country enters the active campaigning phase to the general elections that begin on April 11 and end on May 19. Counting of votes will take place on May 23.

The tenure of the current government will end on May 22.