'There can be no greater pride for the country,' PM Modi said in his address. 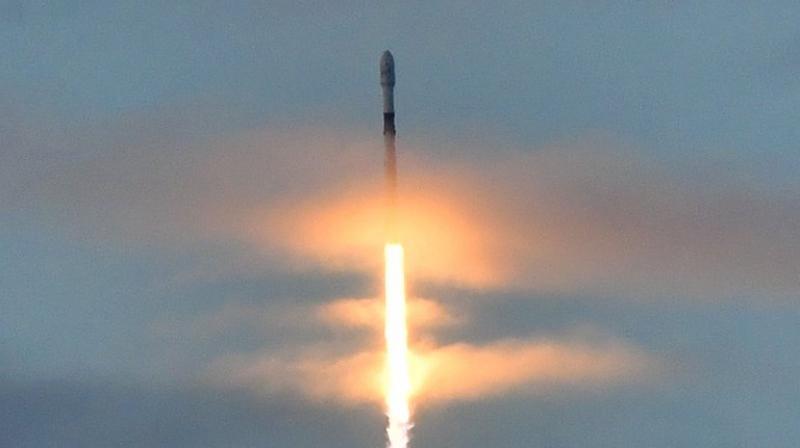 India has entered the super league of space powers -- the fourth after US, Russia and China. (Representational image)

#MissionShakti was a highly complex one, conducted at extremely high speed with remarkable precision. It shows the remarkable dexterity of India’s outstanding scientists and the success of our space programme.

Congratulations to @DRDO_India & @isro scientists on the success of ‘Mission Shakti’. The success of this mission will help in strengthening India’s defence capabilities. We are proud that our Space & Defence prog has touched unprecedented heights with this glorious achievement.

Former DRDO Chief and NITI Aayog member Dr VK Saraswat said, “This is a fantastic capability to have and it gives us a deterrence in case our adversaries try to militarise the space or try to prevent us from using our existing space capabilities.”

I would also like to wish the PM a very happy World Theatre Day.

It is a proud moment for all Indians.

I congratulate all the scientists involved with #MissionShakti and thank Prime Minister Shri @narendramodi for ensuring that India continues to safeguard the interest of its people and secures them on all fronts.

“We have mastered anti-satellite capability and we have today shown that we can hit satellites at long ranges with a few centimetres accuracy,” said DRDO chairman G Satheesh Reddy.

I congratulate our space scientists & the visionary leadership of Dr Manmohan Singhhttps://t.co/pJHBVGo5GA

We congratulate @isro & the Govt on the latest achievement for India. The Indian Space Programme established in 1961 by Pt. Jawaharlal Nehru & the Indian Space Research Organisation set up under Smt. Indira Gandhi has always made India proud with its ground breaking achievements.

“The PM trying to do politics under the guise of the announcement is very condemnable. The Election Commission must take cognizance,” BSP chief tweeted.

Today @narendramodi got himself an hour of free TV & divert nation's attention away from issues on ground — #Unemployment #RuralCrisis & #WomensSecurity — by pointing at the sky.

Congratulations @drdo_india & @isro — this success belongs to you. Thank you for making India safer.

India’s Mission Programme is world-class for many many years.
We are always proud of our scientists, @DRDO_India , other research & space organisations. 1/4

“Today’s announcement is yet another limitless drama and publicity mongering by Modi desperately trying to reap political benefits at the time of election. This is a gross violation of Model Code of Conduct,” tweeted Mamata Banerjee.

Prime Minister Narendra Modi announced Wednesday that India has entered the super league of space powers -- the fourth after US, Russia and China -- after it had shot down a live low-earth orbit satellite LEO) with its anti-satellite missile.