Singh is a member of the state-level working committee of the Samajwadi Chatra Sabha. 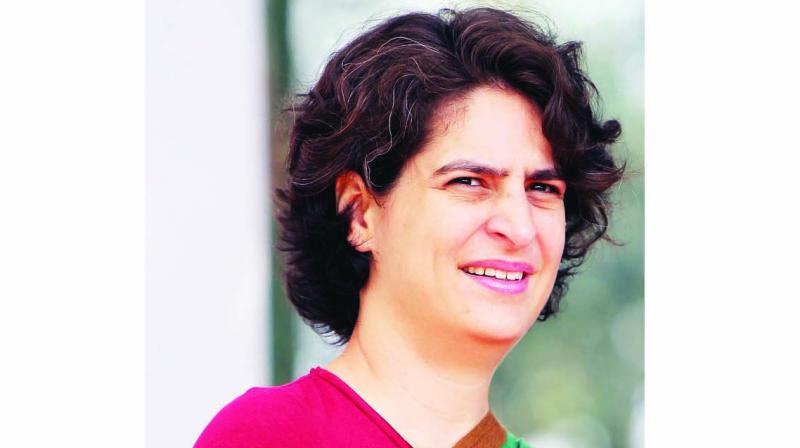 Amethi: Ahead of Congress general secretary Priyanka Gandhi Vadra's visit to her brother and party president Rahul Gandhi's constituency, a row broke out Wednesday over some posters questioning her “absence” from the family bastion.

The posters, spotted near the Musafirkhana bus stand, carried a sketch of Priyanka Gandhi and the picture of a leader from the Samajwadi Party's student wing. "Kya khoob thagti ho, kyun paanch saal baad hi Amethi mein dikhti ho (Why do you fool us and show up in Amethi only after five years)," one poster said.

It said she should give an “account” for the past 60 years. Another poster suggested that she wore saris just to influence voters. Just hours after the posters appeared, Jaisingh Pratap Singh -- the SP student wing leader whose picture the posters carried -- complained to the district authorities, demanding an inquiry. "This poster has been put up as an act of political vendetta by some mischievous elements misusing my picture,” he said in a letter handed over to District Magistrate Ram Manohar Misra.

The letter said neither he nor any party worker was involved. Singh is a member of the state-level working committee of the Samajwadi Chatra Sabha. "This is a conspiracy to defame me and Priyanka Gandhi,” he said. He argued that party workers would not oppose Priyanka Gandhi when SP president Akhilesh Yadav has decided not to field any candidate from the constituency.

The opposition alliance in Uttar Pradesh, which includes Samajwadi Party and Bahujan Samaj Party, has decided not contest from the Congress strongholds of Raebareli and Amethi. Priyanka Gandhi Wednesday began a three-day election tour of Amethi, Raebareli and Ayodhya. Earlier this month, she had taken the river route to visit parts of eastern UP including Prime Minister Narendra Modi's constituency.