India   All India  27 Mar 2019  Rahul Gandhi wishes PM on 'World Theatre Day' after his address to nation
India, All India

His address came as campaigning intensifies ahead of Lok Sabha elections starting April 11. 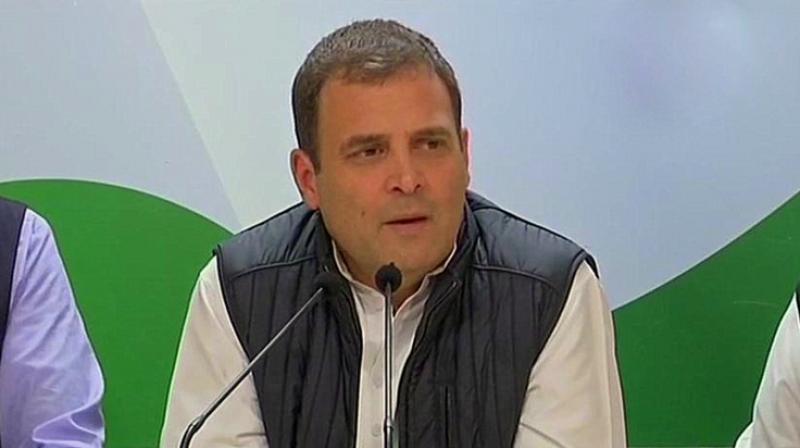 I would also like to wish the PM a very happy World Theatre Day," Rahul Gandhi said on Twitter. (Photo: ANI)

New Delhi: Mocking Prime Minister Narendra Modi, Congress chief Rahul Gandhi on Wednesday wished him "happy World Theatre Day" after his address to the nation during which he announced that India had shot down a live satellite using anti-satellite missile technology.

Gandhi also congratulated the Defence Research Development Organisation (DRDO). "Well done DRDO, extremely proud of your work. I would also like to wish the PM a very happy World Theatre Day," he said on Twitter. Earlier in the day, Prime Minister Narendra Modi announced that India had demonstrated anti-satellite missile capability by shooting down a live satellite, describing it as a rare achievement that puts the country in an exclusive club of space super powers. "In the journey of every nation there are moments that bring utmost pride and have a historic impact on generations to come.

One such moment is today," he said in an unprecedented broadcast to the nation on television, radio and social media. His address came as campaigning intensifies ahead of Lok Sabha elections starting April 11. "India has successfully tested the Anti-Satellite (ASAT) Missile. Congratulations to everyone on the success of #MissionShakti," the prime minister tweeted later. He said the action was not directed against any country and the satellite was a pre-determined target orbiting at an altitude of 300 km.