India   All India  27 Mar 2020  ‘Gap in monitoring’ air travellers could ‘jeopardise’ efforts to check spread of coronavirus
India, All India 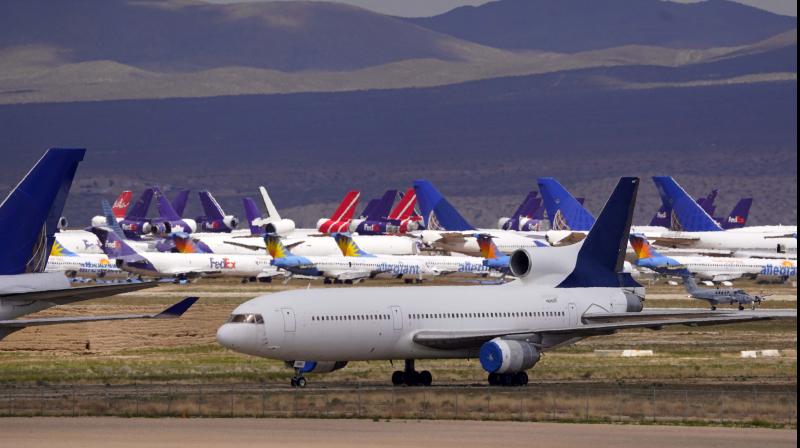 A birds-eye view of runway lined up with cancelled flights. PTI photo

In view of the rising numbers of new positive cases of novel coronavirus in India, the Central government on Friday said that the “gap in monitoring” the 15 lakh air travellers who arrived in India over the last two months could “seriously jeopardise” the country’s efforts to check the spread of Covid-19.

Cabinet Secretary Rajiv Gauba, the country’s top bureaucrat who is leading the Covid-19 crisis management group, wrote in a sharp letter to states and Union Territories that “concerted and sustained action” is needed urgently to ensure that passengers not on the radar are placed under “close surveillance” immediately.

On Friday, the total number of positive cases in India reached 724, out of which 640 are active cases, 66 have been cured, 17 have died and one migrated.

The government maintains that there is still no community spread of coronavirus and India has not reached Stage 3. But given that many of those who have tested positive so far in India have a history of international travel, the government fears a spike in the number of positive cases and has asked authorities to ramp up surveillance of air passengers on a war footing.

In Kolkata, a teen who returned from London tested positive after he showed up at the designated hospital two days after his arrival. His mother, a senior bureaucrat, even attended office and meetings in the state government building, where chief minister Mamata Banerjee also sits.

Health officials said that the infection of the three more persons in Noida who tested positive on Friday has been traced back to a British national who was in the city earlier this month. In all, three employees of a Noida firm and their family members have tested positive to the virus.

Health ministry said India is diligently following contact tracing as per the defined protocol as part of Covid-19 containment strategy. “We have to be alert, follow lockdown and social distancing norms diligently to combat coronavirus,” health ministry official said.

Apart from the 15 lakh air travellers, several have entered India through seaports and international land borders.

Meanwhile, the government has started the process of procuring 10,000 ventilators through its PSUs, while BEL has been asked to provide 30,000 more in two months time. Covid-19 affects the respiratory system of patients who are then required to be put on ventilator, which is a medical device used to assist with breathing.