Indrani's notice also seeks amicable financial settlement from Peter before Apr 30, so that process to dissolve marriage can be started. 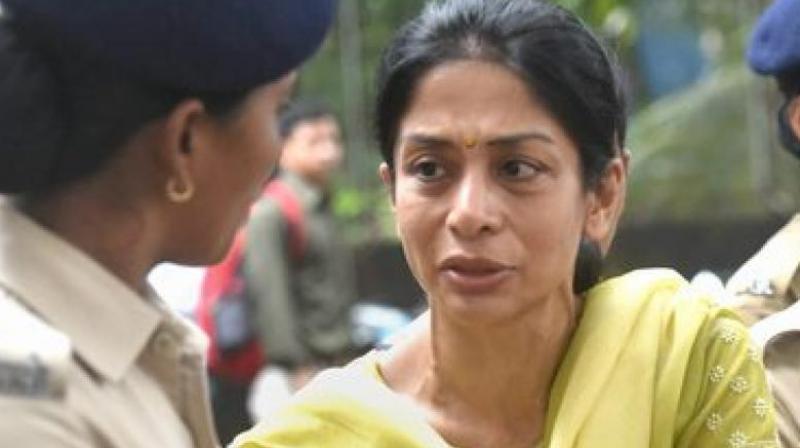 Both Indrani and Peter Mukerjea are facing trial in the murder case of Sheena Bora, Indrani's daughter from a previous relationship. (Photo: File)

Mumbai: Indrani Mukerjea, the key accused in the Sheena Bora murder case, has sought divorce from her husband Peter Mukerjea.

Indrani Mukerjea (46), lodged in Byculla Women's Jail, has served Peter Mukerjea, a co-accused in the case, a legal notice for divorce on the grounds that their marriage had "irretrievably broken down".

The notice also seeks an amicable financial settlement from Peter Mukerjea before April 30, so that the procedure to dissolve the marriage can be initiated. She sent the notice by courier to Peter Mukerjea on April 25 through her lawyer.

The 64-year-old former media baron is lodged in Arthur Road Jail. Both the prisons are located in Central Mumbai.

"My client states that your marriage is now irretrievably broken down and there is no chance of a reconciliation. This fact has been acknowledged by you as well," reads the notice.

Indrani Mukerjea was arrested in August 2015 and Peter Mukerjea a few months later. Both are facing trial in the murder case of Sheena Bora (24), Indrani Mukerjea's daughter from a previous relationship.

Bora was abducted and killed in April 2012, allegedly by Indrani Mukerjea, her former husband Sanjeev Khanna and driver Shyamvar Rai in conspiracy with Peter Mukerjea, police have said. Her body was dumped in a forest in the adjoining Raigad district.

The killing came to light in August 2015 after Rai, arrested in another case, spilled the beans, they have said. Rai later turned approver (prosecution witness) in the case.

The CBI, which took over the case from Mumbai Police, has claimed a financial dispute led to the killing.