The Gandhi scion promised jobs to unemployed youths of Odisha if Congress is voted to power. 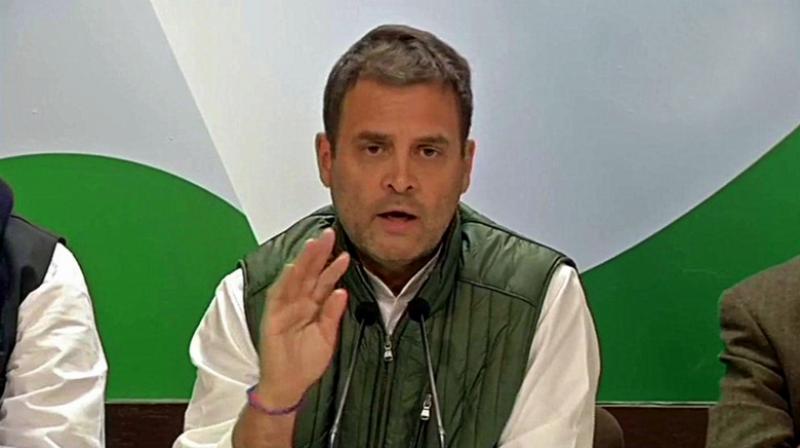 BALASORE: Congress president Rahul Gandhi Friday hit out the Centre and the Odisha government over unemployment while addressing a public rally at Remuna here and said both the governments had pursued anti-youth policies.

The Gandhi scion promised jobs to unemployed youths of Odisha if Congress is voted to power.

In addition, an employment allowance of Rs 3,000 per month will be given to individuals till they get jobs, he added.

“PM Modi had promised to provide Rs 15 lakh to every poor person’s account. Has he done that? We will provide five crore poor families a sum of Rs 6,000 per month for five years. This will be our surgical strike on poverty,” he further said.

While almost all the political parties have promised succour for distressed farmers, Mr Gandhi said that the Congress, if it comes to power in Odisha, would increase the minimum support price of paddy to Rs 2,600 per quintal.

Interestingly, Mr Gandhi told the gathering that the Congress would promulgate a law wherein farm loan defaulters will not be prosecuted. The AICC chief arrived at the venue a few hours late due to a technical glitch in his aircraft.