Of the 15 fresh Covid-19 cases, 13 are from Ranchi and two from Garhwa 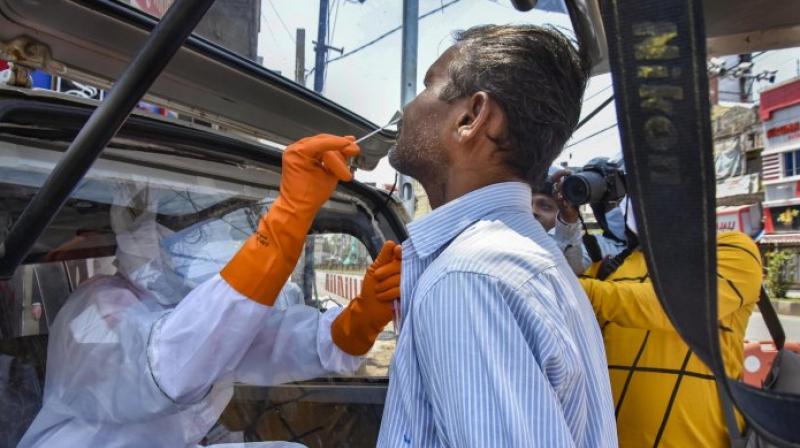 Ranchi: Fifteen people tested positive for Covid-19 in Jharkhand on Sunday, the highest single-day jump in the number of cases so far, officials said.

The total number of Covid-19 positive cases in the state has now gone up to 82, they said.

The Director of the Rajendra Institute of Medical Sciences, Dr D K Singh, said 15 samples tested positive during the day.

Thirteen people have been cured so far, while two patients have died. One person died after testing negative due to comorbidity or other reasons, but before being discharged, according to the state health department.

Of the 15 fresh Covid-19 cases, 13 are from Ranchi and two from Garhwa, officials said.

Ranchi Deputy Commissioner Rai Mahimapat Ray said, "There are some rumours regarding the positive cases that came up today among the cases, three are connected with Hindpiri, one is a nurse from Sadar hospital, one is a district administration employee and another is a labourer hired by administration, who works in the Command and Control Room."

Contact tracing was on, Ray said, adding that inquiry of all the people who had come in contact with the person employed in the Command and Control Room had concluded and they were quarantined.

He said secondary contact tracing was also on and they would also be asked to go into home quarantine.

The Deputy Commissioner said Ranchi has come under the Red Zone for Covid-19, adding that the district administration is waiting for instructions from the state government following the Union home ministry's guidelines on relaxation during the lockdown.