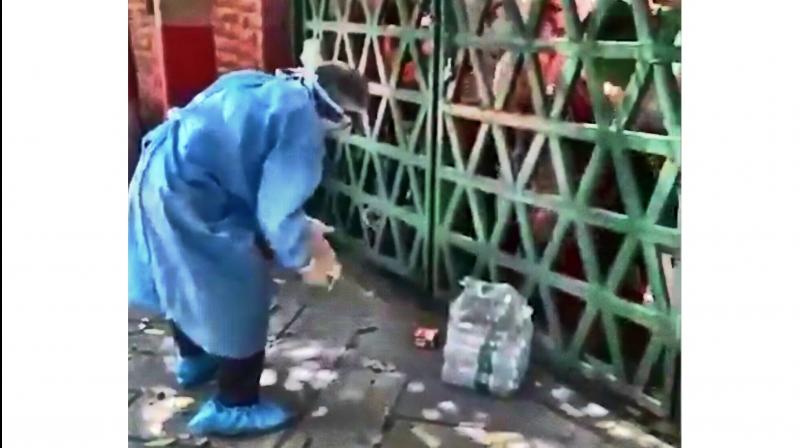 A man in protective gear was purportedly tossing biscuit packets and people inside the quarantine centre were picking those by stretching their hands through the gaps of the gate.

Lucknow: The Arga district magistrate in Uttar Pradesh has ordered an inquiry after a video emerged that people in a quarantine centre were collecting food and water from under the locked gates of the facility.

A man in protective gear was purportedly tossing biscuit packets and people inside the quarantine centre were picking those by stretching their hands through the gaps of the gate, the video of which has gone viral on social media.

Social distancing, essential for those under quarantine, is totally absent in the visuals, with the people crowding behind the gate right next to each other. Another video shows mineral water bottles kept near the gate and hands reaching out for water.

District Magistrate Prabhu N Singh said the chief development officer had been to look into the laxity and fix responsibility.

"I went and inspected the spot. Everything has been set right," Singh said.

The team has been told to work in a proper manner so that such complaints are not received in the future, the official said.

In the video, a woman who identifies herself is heard saying: "This is what is being done to people in isolation."

"We were told we will have medical check-up done at some point, but this has not happened," she said. "There are no proper arrangements for food and water. Everyone is being negligent."