India   All India  27 May 2017  UP: Villagers given soaps, shampoos to bathe before meeting CM
India, All India

UP: Villagers given soaps, shampoos to bathe before meeting CM

Ahead of the CM's visit, roads were paved, toilets were fixed overnight and streets were cleaned up in the village. 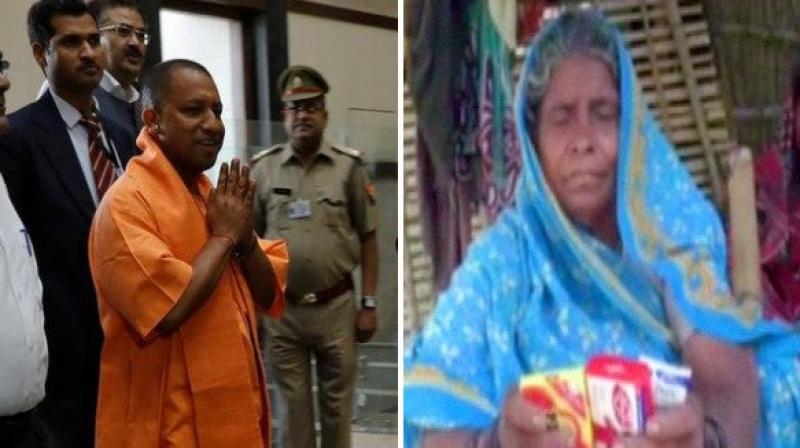 To ensure they smelled good, soaps, shampoo and perfumes were distributed among the villagers. (Photo: ANI Twitter)

Kushinagar (Uttar Pradesh): In a bizarre move, the District Administration in Uttar Pradesh's Kushinagar asked the residents to have a bath before attending a meeting with Chief Minister Yogi Adityanath so they 'smell good'.

To ensure the instructions were followed, soaps, shampoo and perfumes were distributed among the villagers.

The members of the Musahar community were called to attend a vaccination program for the eradication of Encephalitis, a campaign started by the Chief Minister in Kushinagar's Kasiya division.

Ahead of the event, local officials distributed the soaps and shampoos to those attending the event, in order to make them "look clean and smell good."

Ahead of the event that the Chief Minister was going to attend, roads were paved, toilets were fixed overnight and streets were cleaned up in the village.

The drive is being held from May 25 to June 11 and will cover 88 lakh children in 38 districts, for which the Central Government has provided one crore vaccine vials.

Earlier, the administration in Deoria had received much flak for placing air conditioners, sofas and carpets at the house of a Border Security Force (BSF) martyr when Chief Minister Yogi Adityanath went to his place to give the compensation cheque.