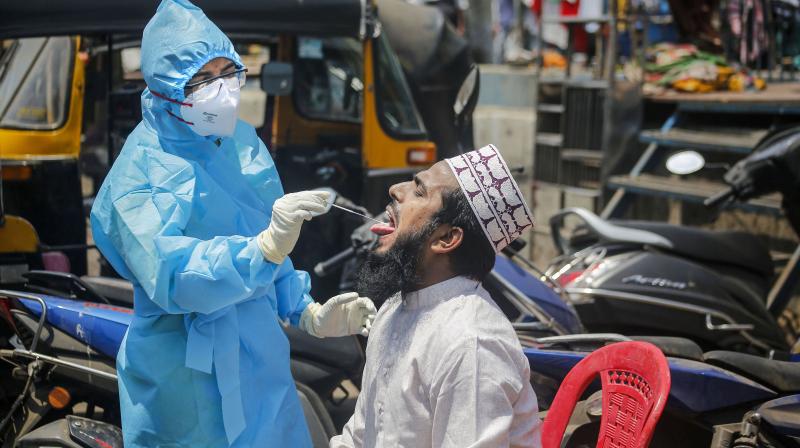 The number of active coronavirus cases stands at 83,004, while 64,425 people have recovered and one patient has migrated, it said. "Thus, around 42.45 per cent patients have recovered so far," a senior health ministry official said.

Officials said India’s case fatality rate was showing a downward trend, from 3.30 per cent (on April 15) to around 2.87 per cent now, among the lowest in the world. The global average is now around 6.45 per cent.

However, it may be too soon for Indian officials to pat their backs as the World Health has warned the world is still in the middle of the first wave of the pandemic, and a second wave may be coming by winter.

Of the 170 deaths reported since Tuesday morning, 97 were in Maharashtra, 27 in Gujarat, 12 in Delhi, nine in  Tamil Nadu, five each in Madhya Pradesh, Uttar Pradesh and West Bengal, three in Rajasthan and one each in Andhra Pradesh, Chandigarh, Haryana, Jammu and Kashmir, Kerala, Telangana and Uttarakhand.

Of the total 4,337 fatalities, Maharashtra tops the tally with 1,792 deaths followed by Gujarat with 915 deaths, Madhya Pradesh with 305, Delhi with 288, West Bengal with 283, Rajasthan and Uttar Pradesh with 170 each, Tamil Nadu with 127 and Andhra Pradesh and Telangana with 57 deaths each.

The death toll reached 44 in Karnataka and 40 in Punjab. Jammu and Kashmir has reported 24 fatalities due to the disease, Haryana 17 deaths while Bihar has registered 13 deaths and Odisha seven deaths.

Kerala has reported six deaths, Himachal Pradesh five, while Jharkhand, Uttarakhand, Chandigarh and Assam have recorded four deaths each so far. Meghalaya has reported one Covid-19 fatality so far, the ministry data said.